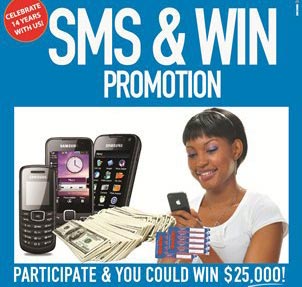 Just under two weeks after Telecel announced its question & answer vas promo, Econet has followed with its own. The Econet announcement was made on the company’s Facebook page on Monday this week but we’re told it was launched on 19 September. The competition is similar to Telecel’s; basically a subscriber opts into the service and starts receiving questions by SMS from the provider. A correct answer sent back by SMS earns the subscriber points and the more points they get the more chances of winning daily, weekly and a grand prize.

Unlike the Telecel promo though, Econet subscribers are charged US 20 cents for the premium SMS. Telecel’s charging 25 cents.

The promos are so similar it looks like an “I have that too!” race. Or, more appropriately, “I can make that type of cash too!” Of course, the network with the lion’s share of mobile subscribers in Zimbabwe, the 7 million pound gorilla, will spot the widest smile to the bank.

You will remember that NetOne had its own just about a month before Telecel launched the Mega Promo. NetOne’s version offered weekly cash prizes to subscribers for sending as many SMS message entries as they could to a short code. Subscriber’s didn’t need to answer anything; a more blatant VAS lottery if you will.

In fact the 3 promos are all lottos of sorts, except you don’t get a physical lottery ticket, and the point based winning system emphasises the notion of increasing your winning chances by playing more. Subscribers feel they have a reasonable chance at winning the prize if they play more. So they do. And each time, 20 cents goes from their accounts. What is 20 cents if you could become US $25,000 richer? But no one has any idea how many other hopefuls are playing their salary away. So only one winner can emerge from the arrangement; the lottery company.