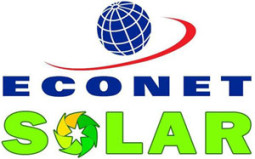 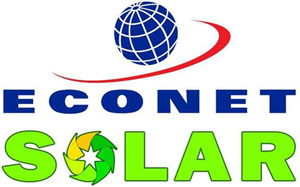 From the information we have, the Green Kiosk is a “tuck shop” version of the company’s bigger city Econet Shops, with the exception that the Green Kiosks are operated by independent individuals from the community who rent the kiosks from Econet for a fee. Even though they are being officially launched now, the kiosks were introduced some weeks ago in mostly high density areas and about a 100 of them are already in operation.

Apart from being a convenient distribution outlet for Econet’s mobile money service & voice airtime, the kiosks are another deliberate step by Econet to fill the energy gap that the national power company has failed to fill. According to a launch invite we received, the kiosks will allow up to 15 mobile phones to be charged concurrently. This will of course come in handy because of the frequent blackouts and load shedding.

We’re told the Econet is planning to have some 300 Green Kiosks spread around Zimbabwe by the end of the year.  In the communication we’ve received so far, Econet is pushing this as a “community initiative”.

So far, Econet Solar to us has meant the Marco Signorini headed innovation around the Home Power Station announced last year but this definitely says the brand is broader than that. The lamps and other such energy accessories have all along been offered under the Econet Energy brand and again this looks like the two related meet (or confuse) somewhere. Either way, later today we get the opportunity to ask and get answers on where we’re headed energy wise.