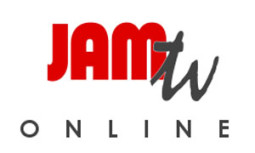 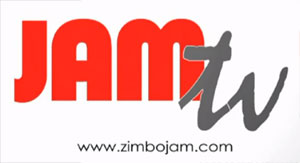 At the recent JumpStart Challenge event Collin Franco, Utande’s CTO quoted an interesting stat, based on research that he had conducted about a year ago. He stated that 98% of Zimbabwe’s Internet traffic was from outside Zimbabwe. The paucity of ‘local content’ online is not unique to Zimbabwe. Ory Okolloh has noted before that of the five contributors on the Swahili Wikipedia only one is a native Swahili speaker. This scarcity of locally produced content is a problem that Jam TV proposes to solve.

For some time Zimbojam has been piloting Jam TV. During the Harare International Festival of the Arts (HIFA), Jam TV ran a series of daily highlights of the festivals activities. Showing it’s knack to keeping a finger on the buzz pulse the Jam TV ran polished interviews with Maneta Mazanhi, a controversial participant in Big Brother Africa. A feature of Jam TV’s work is that their productions are consistently of a high quality. With limited opportunities for artists and film producers to air their work on traditional terrestrial and satellite TV channels; DVDs and the Internet offer movie makers new distribution channels for their work. The obvious obstacle with the Internet locally is limited access and bandwidth.

To date the Zimbabwean film industry has more or less followed the Hollywood model of   big budgets (big by local standards), low volume and high quality. Nollywood on the other hand is a low cost, high volume and to a large extent low quality (in terms of technical quality: stunts, special effects etc). Authorative stats about the industry are rather elusive but movie maker Franco Sacchi notes that in 2006 almost 2,000 films were made in Nigeria and the industry valued $250 million. Depending on your information source, making a Nollywood movie costs anything from $10,000 – $100,000. This is Nollywood says the average production takes just 10 days and costs approximately $15,000.

That money is recouped in the sale of DVDs. According to The Economist the average Nigerian film sells 50,000 copies. Arithmetic indicates that the average Nollywood movie makes $35,000 in gross profit. The Internet offers a potentially lucrative revenue stream, but as iROKO TV founder Jason Njoku says “The Internet is one of the most poorly monetized platforms for content”. Most of iROKO’s audience is in developed countries where bandwidth and internet speed are not an issue, hence watching videos online is a snap. iROKO TV’s revenues are derived mainly from advertising but the company has also launched a $5 monthly subscription with the promise of earlier windows for fans to catch new films without advertising.

So is this is model that Jam TV can emulate or innovate upon? iROKO does provide a framework, but it’s important to realise that the two companies are entirely different beasts, produced by very different environments. Nigeria has a massive domestic market that makes the sale of DVD/CDs to the local market viable. There are more people in Lagos than in the whole of Zimbabwe. Importantly unlike iROKO, Jam TV produce their own content rather than only pushing content produced by others.

For Jam TV to be viable they have to cultivate a market for their product outside Zimbabwe. The obvious target being Zimbabweans and African’s in the Diaspora, but because of their limited content footprint they have a stronger shout at viability if they pushed their content through iROKO. Effectively leveraging iROKO’s reach to place their content in front of more eyeballs. We spoke with Zimbojam CEO Fungai Tichawangana and this is what he had to say about Jam TV

When did you launch JamTV?
The JamTV journey is thus. In June 2009 we set up the Zimbo Jam YouTube Channel with a view to providing video content. Towards the end of 2009, we started putting up unedited short video clips to complement our stories. The idea was to tell the story in words, pictures and video. Then last year we started producing high quality, edited videos in partnership with Team Productions led by Tenford Chitanana. We also started having a red carpet presence at major entertianment events (The Gentleman Premiere, NAMA Awards, etc), and interviewing guests as they arrived, then packaging this and putting it up onto YouTube. At HIFA this year we had, for the first time ever, a full video team, including presenters, editors, a producer/director and a film crew producing daily summaries of the festival and uploading them within an average of about 30hrs. Then just last month we created the JamTV section on Zimbo Jam.

What’s your bet with Jam TV, as a company?
There are a number of aims with JamTV. Firstly we want to produce programmes from the events we cover and package them into weekly video uploads that people can watch via ZimboJam. We also want to provide a platform where artists and film makers can launch their music videos, movie trailers and other productions. Finally, we want to package Zim entertainment into programmes we can sell to stations like Africa Magic, ZTV and Channel O. The revenue streams will be through selling content, advertising and one day through subscriptions for high quality content.

What has been the reception so far?
The reception has been encouraging. Our YouTube channel has about 300,000 video views. There is a great demand from people for more audio-visual material and artists approach us every week to showcase their videos on JamTV. It’s overwhelming and we are doing a little at a time, as much as our resources will allow.

What are the challenges you’ve faced making this a reality?
The challenges are many. The cost of bandwidth to upload video content is a major one. Getting a team together that is not only passionate about video but about producing content for the Internet as well, was difficult. Now, we are taking our first steps to live streaming and have already streamed the first broadcast of ZiFM a few weeks ago and parts of Zimbabwe Fashion Week 2012, we face even more bandwidth and equipment challenges. But it’s no stress, we know the answers are out there. Ours is to keep looking till we find them.

The plan is for us to be able to live stream any event anywhere in Zimbabwe and to have Facebook and Twitter updates and discussions happening at the same time while we edit photos, write the story and prepare a video summary to go up as soon as the event ends.

Conclusion
Our take is that Jam TV’s production is slick and professionally put together and much better than anything we’ve seen on local TV. The service also represents a creative way in which local film makers are using the Internet to provide a viable platform for their creative expression. This development also represents another example of how the Internet is democratizing access to entertainment content and presents a welcome long term threat to disrupt the walled pay gardens of satellite TV providers. If Jam TV represents the future of TV then it sure tastes sweet as consumers will ultimately benefit from lower service costs and easier more convenient access.