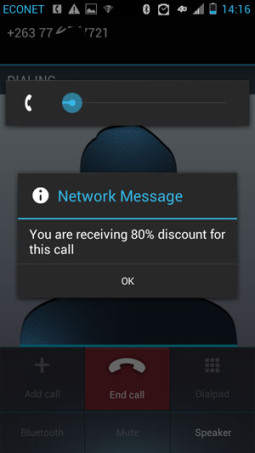 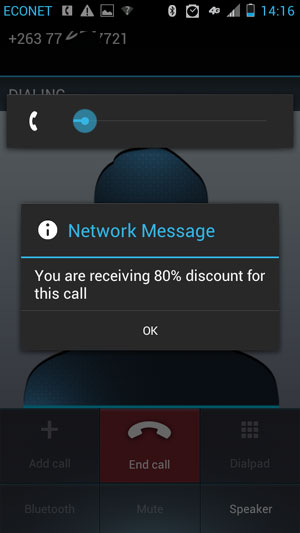 You’ve probably heard that Econet is trialing some ultra-low cost voice rates for its Buddie customers. It’s true. A new – but not yet launched officially – Econet voice promo called Buddie Zone is giving subscribers tariff discounts of up to 80% on voice calls even during peak time. We tried contacting the Econet PR people but couldn’t reach them with our calls going unanswered.

Information from other sources though suggests that the service has been running for a number weeks but was designed to be limited to only a number of subscribers in specific areas. One of those areas is Chitungwiza, a dormitory town on the outskirts of the Zimbabwe’s capital city. We’re told the service can however be enabled on any Buddie SIM card by dialing the USSD code *137# and registering.

Econet has not announced the promo officially but subscribers are wising up to it thanks to the news about the steep savings spreading virally especially on Facebook.

The regular Buddie Zone is accessed via USSD code *146*100# and dialing it doesn’t brings up a different USSD menu.

The move is no doubt a response to voice rates promotions by Econet’s competition, especially NetOne. In July this year, NetOne introduced a Dollar a Day promotion that allowed its subscribers to make unlimited on-net calls for just a dollar a day. In August, NetOne announced they had signed up as much as 200,000 new subscribers to their network thanks to the promo.