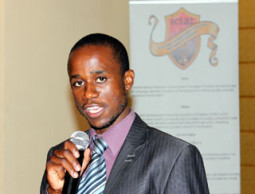 I was fortunate this past weekend to find myself in the mountainous Eastern highlands where I attended the official launch of a new ICT association in Zimbabwe called just that, the ‘ICT Association of Zimbabwe’ ICTAZ. Though not usually attract to associations and stuff, the fascinating thing about these guys in Mutare is the work they are doing with schools in the region, and their new efforts to replicate the model they have built in other provinces in the country.

We first wrote about them back in July. For those of you wondering what they are, it’s basically a group of passionate young ICT professionals, who, knowing the important role of information technology education (or its use in education) took it upon themselves to facilitate its adoption in schools in the region. Working on their own initiative they targeted school headmaster and teachers in the region and started helping them understand why and how they need to use computers and computing devices in the classroom. They also provide basic ICT training to the educators, and in the many cases where schools need to get computers, they help them source the equipment at low cost, or just facilitate donations from organizations around the country.

The launch at the weekend was a key milestone in what they have been working on these past couple of years. First, the organisation was renaming itself from the Manicaland Association of IT Professionals is Technology to the ICTAZ name above. Having succeeded with schools in Manicaland, their next stop in expanding the work is the Masvingo province. Hasha Maringe, the founder and current leader of the organisation says there’s great need for the work with educators in Masvingo and other regions. They were encouraged to take their training model to Masvingo by the Ministry on ICT which appreciated the work they had done in Mutare.

Second, the organisation was formalizing its partnership with Computer Aid International, an organisation that refurbishes and sells PCs on a cost recovery model mainly to developing countries. The organisation has been working with ICTAZ already to provide low cost second hand computers to some schools in Mutare. The new formal partnership though means they will work together to provide the most easily accessible IT resources and support for the schools. Computer Aid doesn’t just work with ICTAZ, they already provide their refurbished had PCs to various universities and other organisations in the country.

Why do the Manicaland guys to this you may ask? It’s a simple model actually; Maringe explained to us that if they impart information technology knowledge to schools, they create an ecosystem of computer literate teachers and school children. Being IT professionals themselves, some working for and some owning IT companies, a larger ecosystem of computer users means a larger ecosystem for the services. They don’t have to sell their services now (they help the schools get donations remember) but it all comes together. It’s giving back to the community in reverse. They give first, and do business way down  the road!

Just in case you’re wondering ICTAZ is different from the Computer Society of Zimbabwe, which so far mainly focuses ICT professionals in Harare and Bulawayo.