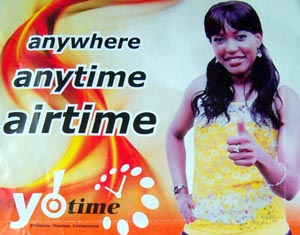 MultiChoice’s DStv is probably the most popular pay TV service in sub-Saharan Africa but subscription payment is not as convenient as most people would like. In Zimbabwe, it used to be that to make payment you had to do it at one specific bank; one called Interfin. Then, later, MultiChoice added more banks to their DStv payment agents; 16 of them. But banks close at 3 in the afternoon, don’t open on Sundays, and they’re the monster that ate your 2 sextillion dollars and you haven’t forgiven them for it.

AppleVine, the mobile services startup behind the Yo!Time platform that we wrote about earlier this year says it has solved that problem. AppleVine has introduced the means to pay your DStv subscription at a supermarket near you. Well, at least the more than 100 supermarket branches they have signed onto their platform that includes the Spar Group and other groups of retail stores.

According to the information we received from the company, they have partnered a local bank Metropolitan bank, to provide the service using their existing mobile phone airtime platform.

“Since our platform is a cardless payment solution, we feel excited that all MultiChoice customers will be able to make their payment in any leading outlet with the Yo!Time platform” said AppleVine operations director Scott Chiripamberi. “It doesn’t matter whether they have a Metropolitan bank account or not. It’s a solution for everyone,” he explained.

“All this has been a huge success because, as usual, we did this without adding an extra device to both the customers and the supermarkets for we used existing infrastructure and internet connectivity to achieve this,” he added. Chinembiri says payment is effected to a subscriber’s MultiChoice account within minutes just as it would if payment was made at a bank.

On the big picture, Chiripamberi explains that the product is part of their vision to bring banking solutions to the unbanked masses of Africa and the world at large. He explains; “Because most African economies are going through liquidity crisis due to growth in informal businesses, we find solutions such as this will help get the cash back into the banks.” AppleVine says since they are already in the process of rolling out the Yo!Time platform to other countries in the region to facilitate payments for other products they will establish this new DStv subscription method in those markets as well.