Redefining biNu, a mobile content platform with a social framework 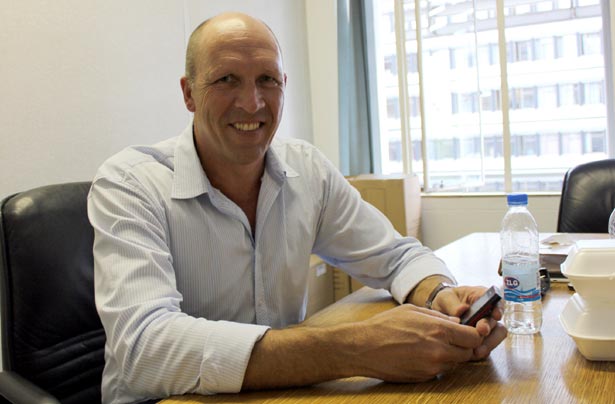 Everything is the opposite in emerging markets, there are not many screens in the average person’s life, and the one screen that is there is the mobile and they use it as a primary means of internet access not a secondary or the third level. This is the internet for many consumers, and they are very price sensitive. They are lucky to have a computer with a broadband connection but the desire to have internet and to communicate is huge. If you have never had it it’s a really fantastic thing to have for many reasons.

These were the words of biNu co-founder, Gour Lentell, as he explained the problem biNu solves for the millions of mobile internet users in developing countries. Already with about 200,000 in Zimbabwe, biNu users account for about 9% of all mobile internet subscribers locally. The country has been a notable market for the Australian based startup being amoung the top 5 countries where biNu has gained significant traction on the continent.

We met Lentell in Harare yesterday where he has come to set up partnerships with local companies and developers to have more local content on biNu, as well as establish distribution for biNu credits, a currency on the platform that allows users to buy content or low priced SMSs. Contrary to the popular belief that cheaper (sub $100) smartphones in emerging markets are killing the market for feature phone friendly applications like biNu, Lentell says the market for a data efficient and ultra-fast application that biNu is, is growing. That’s why the Zimbabwean born co-founder is travelling to such countries as Zimbabwe, Kenya, South Africa and Nigeria to connect with partners on the ground.

“The industry at large loves talking about smartphones solving the problems of everything” says Lentell but the truth on the ground is that smartphones still account for a very small percentage of mobile devices even globally. Lentell goes on to explain that according to research that 80% of the 5 billion mobile phones in the world are non-smartphones and that in regions like Africa, Asia and Latin America that’s more like 90+%. This, he says, is a potential market size of at least 4 billion devices for biNu.

As for their competition, Gour said they that even though they had started off as a cheap SMS option for feature phone users their platform’s core, unlike most of the startups they are compared to (Mxit, WhatsApp etc…) was not built for chat. Free (and cheap SMS) according to Lentell, was always a marketing strategy to attract users to the platform and not part of the core product offering itself.

The core of the platform is everyday becoming more a mobile social network than just free SMS and standalone apps like surveys, games, book reading apps and so on. “biNu is a content platform with a social framework; social is becoming core for us, like Facebook and many other companies” says Lentell. He explains however that they are not just looking to be a fast Facebook for feature phones; “there are things that you can do on biNu that you can’t do on Facebook; you can’t read the news of Facebook, you can’t check the football score,” and this in addition to data efficiency and speed makes biNu a unique player in the space.

Besides selling credits, another huge strategic channel for revenue in specific markets like Zimbabwe is going to be advertising. The opportunity is already there because there has been a monetization challenge for local companies and developers looking to provide local content on mobile devices. There are already at least 200,000 users on the platform and Lentell says this is a huge opportunity for local consumer brands.

In future, Lentell says in addition to the mobile experience, they are looking to have a web version of the application so that people that don’t currently have need for biNu’s feature phone efficiency (those with high end smartphones and those with access to the big desktop screens) can still connect to their friends on feature phones. It’s another sign biNu is looking to become a major social network and in future maybe even be a player on high end smartphones. We think the web version has an opportunity to be a big hit even locally and will drive even more usage to the mobile app, especially if it utilizes the same wireless efficiency technologies that the mobile biNu employs on mobile.

Just as we were having the interview yesterday, the company’s HQ in Australia announced that they have raised another round of financing; a Series A round of 4.3 million from 500 Startups, PanAfrican Investment Co and others.