If you have not heard of Kim Dotcom, he is the guy behind Megaupload. It was a top 15 online file storage site that was famously shut down and the domain seized by the US Department of Justice on allegations of copyright infringement. Chances are that at one point in time you downloaded a file from the site.

The case led to a series of Denial of service attacks on major US government websites and copyright organisations. The case was riddled with legal bureaucracy, which made it difficult to prosecute him, although all of megaupload data was retained.

Recently he announced the company’s comeback using the perfect domain Me.ga. His plans for the comeback were disrupted when the Gabon government which administered the .ga top level blocked access to its intended web address( mega.ga). 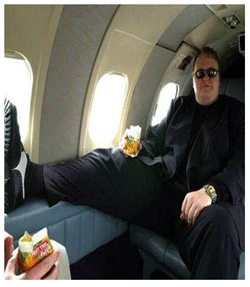 Gabon’s government which has claim to all .ga domains within its Web jurisdiction suspended the domain because it didn’t want its country to be associated with “pirates”. It even went as far as offering to sell the URL to Universal.

Kim joked that Gabon had used time travelling to determine the future illegal usage of the domain.

Now Kim has found an even better domain Mega.co.nz which will be hosted in New zealand  which translates to Megaconz, which i guess in the eyes of the American government, that is exactly what he is, a mega con(pun intended).