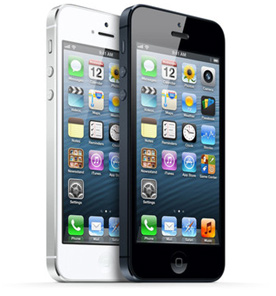 The latest iteration of Apple’s highly successful Smartphone was announced on the 12th of September to mixed reviews. For the most part, a public that has grown accustomed to having their collective mind blown by revolutionary products from Apple was underwhelmed by what was essentially an evolutionary, rather than revolutionary upgrade.

However, once the device actually shipped critics almost universally praised the new iPhone.  Technology site GDGT aggregated reviews from all the vast majority of tech sites and awarded the iPhone 5 an aggregate score of 96 out of 100. For comparison the Samsung Galaxy SIII, widely viewed as the contender to the iPhone’s crown, attained an aggregate score of 92.

Technology reviews of course are nuanced and subjective, indeed I only make reference to GDGT because they have aggregated several reviews from leading tech authorities otherwise a review from “iphonefanboy” dot this, “androidfanboy” dot that or “windowsphonefanboy” dot the other, will solicit heated exchanges from the legions of loyal supporters of each technology. From a Zimbabwean perspective what are the relative merits and shortcomings of the iPhone 5?

For a more detailed review of the iPhone 5 if you haven’t already seen one feel free to visit GDGT or any of the other reviews they aggregate from but for a Zimbabwean user there are a couple of things to consider:

The short answer is no. This type of pricing is a legacy of a time when the iPhone was head and shoulders above anything else Android could offer, however the Samsung Galaxy SIII is a worthy competitor and, depending on who you ask, equal to if not better than the iPhone. The Samsung G SIII by comparison retails for around USD 700 on the local market. Given that the price of an unlocked iPhone 5 in the US is about $650, a more realistic local price would be in the region of $850 for the 16G model.

Assuming a rational local price what are you getting for your money?

The build quality of the iPhone is legendary, people always remark on how good it feels, light yet solid, not “plasticky” and somehow valuable. Given that your smart phone is the one piece of tech that is with you all your waking hours, this is important. The 4” screen at least for me is just the right size, large enough to give you a good amount of screen real-estate but not too big for single handed operation.

I have multiple screens of varying sizes; a 10” tablet, 13 and 15” laptops and larger desktop monitors. For the device I want to slip into my jeans pocket, a 4” screen is just about the sweet spot. The aluminum and glass casing looks incredibly good once you get up close and personal. The placement of every groove, button and port shows Apples almost maniacal attention to detail. In short the device looks and feels great.

The iPhone 5 runs on Apples A6 processor, this custom silicone while running at 1.05GHz paired with 1GHz of is tweaked to double the performance of the previous iPhone 4S. Now before you sneer at 1GHz check out the performance benchmarks here.

As PCMAG reports, the heavy investment Apple has made in chip design companies over the last few years has paid off and the iPhone 5 punches well outside of its weight, outperforming devices running 1.5GHz Qualcomm Snapdragon S4 processors.

What does this mean in real terms? The thing is fast, real fast. You really feel it when you launch apps side-by-side with an iPhone 4S or play games or launch the Camera. Speaking of Cameras, the iPhone 5 sports an improved 8MP f/2.4 lens and again through great optics and hardware and software optimization, the end result is a camera that I will happily whip out over my Nikon DSLR in most situations sacrificing low light performance for convenience.

The iPhone 5 includes an LTE radio which theoretically will allow speeds of up to 42MB per second down…. Sigh, unfortunately here in Zimbabwe such speeds will continue to be a pipedream for the foreseeable future. NetOne recently announced plans to upgrade to LTE, we have it on good authority that some of their base stations are software upgradable to LTE but the biggest challenge with mobile data in Zimbabwe has been the backhaul rather than the last mile so we will have to see.

If you have been following the international gadget press, you will have heard terms like “Mapocalypse” with regards to Apples latest operating system iOS6. Essentially having had a fall out with Google over the implementation of turn-by-turn navigation (a feature allowing your phone to route you to your destination like a traditional GPS), Apple decided to implement their own mapping system, based on maps by global mapping leader TomTom – and the internet exploded! Well not really, Apple really dropped the ball and shipped a bad piece of software. Heads rolled at Apple most notably the departure of Scott Forestall at one time considered by many to be the heir apparent to Steve Jobs.

By all accounts, a number of the glaring errors with maps have been resolved and work is ongoing. Now I don’t mean to belittle the errors and failings around maps: but from a Zimbabwean perspective it’s all a bit of a storm in a teacup. Since Google Maps never supported turn-by-turn in this region as well as transit, traffic information and Streetview, the new maps application was largely about as useful as the old maps: that is to say not very useful! Google Maps is now back on iOS as a standalone application from the appstore, so ya, storm in a teacup. 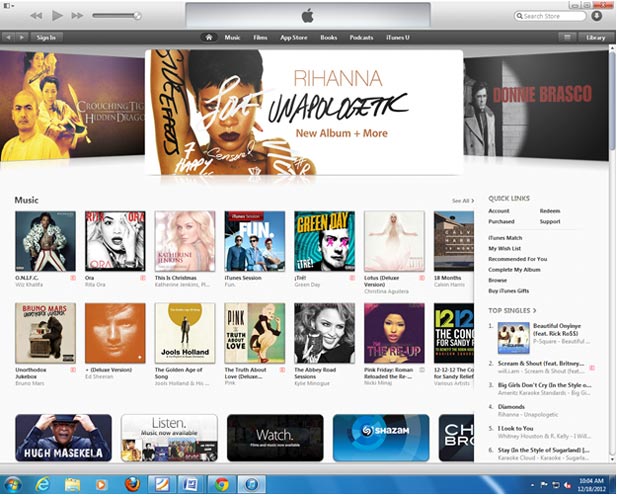 Again I would refer you to more detailed reviews on iOS 6. For the purposes of this review I am going to jump ahead to iTunes. Through iTunes, Apple is the largest retailer of music in the world. In the first quarter of the year Apple sold music worth a quarter of Zimbabwe’s entire GDP for the year… Apple also rents and sells apps, books, movies and TV shows through this thousand pound media gorilla. As usual in Zimbabwe we were left out in the cold peering in enviously through the window. 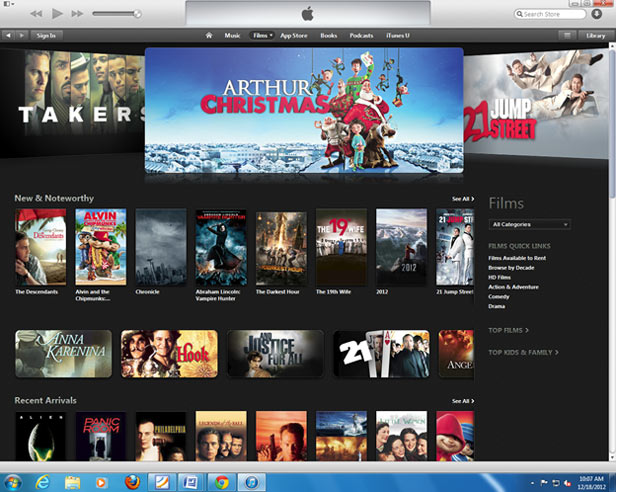 That all changed on the 4th of December, when Apple opened up the iTunes store to residents of Zimbabwe and 52 other countries. Apple customers in Zimbabwe can now sign up for an iTunes account, add a prepaid Visa or MasterCard from NMB, CBZ, FBC, Kingdom bank etc and purchase Music or Movies, Books and Apps.

The delay in bringing the iTunes store to Zimbabwe was due to the complex regional licensing agreements that govern the distribution of music and movies in various regions. These licensing restrictions mean that the content catalogue in the Zimbabwean store is not as extensive as the US store for example but there is still plenty to keep you occupied. Music starts out at 99 cents per track, movies $14 and books $4. In a country where the vast majority of content is pirated, this pricing is likely to be prohibitive but given the fact that in this market the iPhone is a premium brand there will certainly be people willing to pay for the user experience, ease of use and quality guarantee.

For users who had already built up a large library of music, Apple also launched iTunes Match in Zimbabwe. iTunes Match scans all your existing music and matches it to the impressive Apple online catalogue. Matched tracks are then updated to 256K audio quality and all the album art and track information becomes available. All unmatched music is uploaded into Apple’s online iCloud storage. This means that your music is now available across all your apple devices from the cloud. You can now access all your music from your iPad, iPhone, iTunes on your mac or PC and your Apple TV. Effectively apple has legalized content that was otherwise of questionable origin. Great but at $24 per annum does it make sense locally? You be the judge.

All this factors into the iPhone 5 review primarily because the app and content ecosystem for apple devices is still unrivalled by any other smartphone maker. Content is still king.

The biggest draw-back of all of this content here in Zimbabwe however is bandwidth. With HD movies clocking in at an average of 5GB, trying to download HD movies from iTunes here is going to both frustrate you and burn your wallet. Internet access has dramatically improved over the last two years but continues to be slow and expensive. However plans like the ZOL’s Fibre to the Home (FTTH) and planned links to various undersea fibre backhaul as well as increased competition for the last mile from WiMax, Mobile and ADSL should see pricing continue to come down and we predict a dramatically different broadband landscape in the next 18 months.

The iPhone 5 is a worthy successor to the iPhone 4S, just last week Time magazine declared it the gadget of the year and by all accounts, users are voting with their wallets with analysts expecting 41 million units to be sold this quarter and the iPhone to retake the top smartphone slot by sales in the US.

What is very clear is the unassailable lead that Apple had over other phone makers has all but vanished. The Samsung Galaxy SIII and the Google Nexus 4 as well as the Nokia Lumia 920 are all fantastic phones. Ultimately the right smartphone for you will depend on personal taste and what a particular device means to you.

So what is the Apple brand ethos? In the iPhone 5 Apple continues to promise obsessive attention to detail and industrial design, unmatched quality and intuitive tightly integrated user experience. If these things are important to you, you are going to love the iPhone 5.

13 thoughts on “The iPhone 5, a Zimbabwean review”