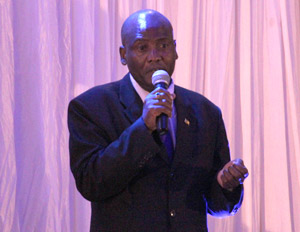 Earlier today, we published a story noting that the the Zimbabwe Tourism Authority (ZTA) received an award for a website that was down for more than a month (including the the time they received the award). The award is part of the ICT Ministry’s annual ICT Achievers Awards.

Before we published the story we had contacted the ICT Ministry Permanent Secretary, Eng. Sam Kundishora and he promised to find out exactly what had happened. We just received an email response from. Here’s is the text of the response:

Sorry, I was out of the office the whole day. I tried to contact someone from the office without much success, ref your subject.

Like I hinted the nomination starts in June and this is the time when aspirants submit arguments and justification for consideration. The Ministry then validates the nomination, checks its authentisity and if nonconformity is observed then the nomination is not accepted. The adjudicators work on the content in the submission contained in the database. You are aware that the Ministry of Tourism and indeed ZTA are extremely busy with the co-hosting of UNWTO event next year and they will be constantly updating their preparations and systems including the website. I want to believe that something might have been happening in the context of the aforesaid and i would not want to believe that they entered the nomination process without a website. I have checked with my staff this afternoon and they confirmed that due process is undertaken to verify the entrants’ authenticity soon after receipt of a nomination and they did that at the time.

Thanks for the observation and I will check with ZTA what exactly is going on.

We thanked him for the response, then later another email from him said the website “has been up and running for some time.”:

My staff have given me feedback just now and they say the website is up and running and they spoke to someone from there who said it has been so for some time.