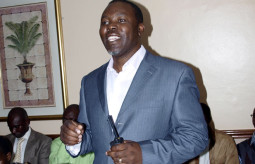 It’s not well at Brodacom. Not at all. Around this time two years ago, information in the market suggested the company was coming on the scene to change the game in Zimbabwe’s internet sector. It didn’t happen. And things seem to just get worse for the Zachary Wazara founded telecoms company. A report in the Daily News today (just the print edition for now unfortunately) says a local bank Kingdom Bank has secured an order to acquire Brodacom’s assets over a debt.

You will remember when Zachary Wazara first came out to announce his new company’s plans back in April 2011, he disclosed that the company had raised about US $25 Million to finance the roll out of its operations. He didn’t disclose then where the money was coming from but, coincidentally, the amount Kingdom is trying to recover from Valley Technologies, according to the report today, is US $20 Million.

Valley Technologies by the way is the POTRAZ licensed Internet Access Provider. Its operating name is Spiritage Business Solutions, itself part of a larger Spiritage Group, which also includes Mars, Suremed health Insurance, and eTranzact. Brodacom is just the consumer facing name associated with the company’s internet and voice products.

Rumours that Spiritage Business wasn’t doing well started trickling at the end of 2011. The company had just come out of a clumsy launch of its flagship service, where it mindlessly promised customers “true 4G” speeds. Our sources at the company told us senior executives were leaving (or being fired), delayed salary payments and other such. There were also rumours in the market suggesting the company had made serious mistakes procuring WiMax base stations that ended up sitting in a warehouse because they didn’t meet the technical specs.

Then it became official the company was in trouble.

Angry employees that had gone more than a year without salaries were seeking the intervention of courts to attach company assets. The Spiritage Group and its subsidiaries were also reported to be making huge losses. The company was also evicted from its Anchor House city center head office along Jason Moyo Avenue.

Kindgom Bank, according to the Daily news article, was alarmed when reports suggested Spiritage’s assets were being attached over debts owed to other creditors. This spurred Kingdom to make an urgent High Court application to stop this as, according to them, they own all of Spiritage property (loan security) given the loans they advanced the company.

Zachary Wazara is a former Econet Wireless Group executive. He joined Econet as Assistant General Manager for Marketing in 1996 and rose to become Managing Director in 2000. Wazara is said to have helped set up Econet in Botswana, Nigeria, Kenya, Burundi, Lesotho and other countries. He left Econet in May 2009 to pursue setting up his own telecoms company – Spiritage.

We tried getting comment from Wazara on these developments but our calls to his mobile went unanswered. Email sent to him over the past weeks have also not been responded to.

What do you think went wrong at Spiritage Business? Why is the company in this sorry state barely two years after launching? Can the company fix it or it’s headed for closure?

26 thoughts on “As Kingdom Bank acquires its assets we ask; what went wrong at Spiritage?”