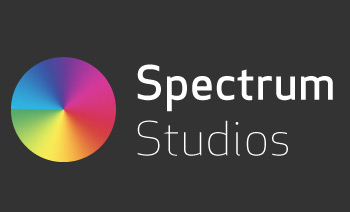 It’s not every day that we come across globally competitive quality work and skill locally. But when we do encounter some impressive stuff every now and again, we like to share it. Spectrum Studio’s work is such. Especially the explainer animation stuff, a service we know that lots of tech companies (internet startups especially) should employ for the products.

A new creative production company run by Kombo Chapfika, they do working ranging from web development, video production to, yes, animation. You can see some of their work on this url: www.kombochapfika.com/spectrumstudio, but here’s a sample explainer video they did:

Chatting with Chapfika over email this week he told us he’s been back in Zimbabwe since November 2011. Back from the US that is, where he did college and some creative work as well. “I was in Atlanta, GA. where I attended Emory University (BA Economics),” he said. “Atlanta’s a good city for creative work because Turner Broadcasting (CNN, Cartoon Network, TBS, etc) and several other well-known brands are based there.  As a result there’s an established demand for creative work ranging from packaging design to interactive online video.”

Now back home, his goal is to produce world class content for clients, grow a successful company, and produce independent projects. “Our competitive strength is the quality of work and foresight,” he explains, “I’ve been lucky to meet some creative and ambitious people in Zim and in SA who both inspire and inform me of what’s going on.”

Chapfika says part of the problem locally is that creatives are pressured to look abroad for a successful career as the prospects locally, especially for the video industry, are not as bright. “From what I see in print, on billboards, and on ZBC, most local clients don’t put much emphasis on the quality of their branding; maybe some don’t know any better or it’s just not a budgetary priority for them,” he explained. “I think if ZBC was better produced and more people watched it, as opposed to DSTV, the advertising on there would boost the video industry and talented creatives would feel less pressure.

“From observation and meeting with marketing professionals it seems print and radio are most company’s preferred media. It’s no coincidence that print and radio have several competing players, fair competition usually improves the quality of services.”

Chapfika acknowledges that there are other persistent challenges in the industry such as getting clients to understand the value of the work and that there are people in this country with the capacity to produce high quality work. “Quite often when one of the larger company’s wants good branding or video production they outsource it to South Africa.  It’s an unfortunate, but common scenario,” he says.

Chapfika also says he finds the internet and mobile devices most interesting because they’re relatively open and their use is widespread and growing.  Data however, he says, is still slow and overpriced which often deters people from watching video.