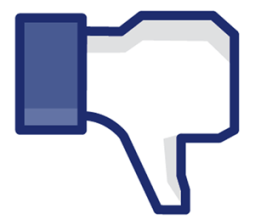 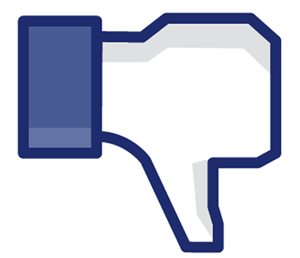 Being a reasonable man has always been an integral part of my being. The only people who would disagree are my friends, neighbors, acquaintances and relatives but that is only because they are unreasonable, sapient and obsequious people. Who would think there are twenty-six letters in the English alphabet?! If you too are wondering: the answer “is not twenty six” and if you are still in doubt go to merriam-webster.com.

So when I woke up this morning and saw a call for help from Sanus in my inbox I decided to publish it here verbatim. So if you find it unreasonable just remember it is his words not mine. Blame him not the messenger. If you find it whimsical then I made the whole thing up and all the glory is mine.

To the educated and erudite Garikai

I am a vindictive fifty six year old man with little love for my boss. Well no love for him actually, the guy put me on a no bonus list last Christmas and now I am blighted with a vericula that is January disease.( I always wanted to say varicula.) I want to make a website worthy of his leadership.

I know what you are thinking. “Just get in touch with the guys who made www.herald.co.zw and www.rg.gov.zw.” The truth is I have tried: the emails on the site do not work and the sites took a year to load on a 1.2 Mbps connection. “Try the contact buttons,” you say. Well for the first site the contact button sends you to the email addresses page and the second site requires Internet Explorer and I have this feeling all messages are promptly sent to /dev/null for safe keeping so the web administrator can peruse these at his pleasure.

Frankly I cannot think of a better way to make a website that sucks than hosting one on a VSAT hosted server. Beats the 1 mbps link VPS. Whatever cunning there is to the art the following webmasters deserve awards for being innovative in finding unique ways to make it to the top of the list:

I already have great ideas in the pipeline but as they say practice is better than theory. So If anyone has ideas on how to implement the following please leave a comment. Please note: Experienced developers only, we will need any address of a lousy site you developed or helped develop as proof.

Needless JavaScript and server side scripts

Cheezy ads that are obstructive that are always in the way like the ones on www.thestandard.co.zw . Preferably these would include some that will load pop ups with fake video windows which tell the user they require a new plugin and install malware

Design from the eighties. I am thinking something along the lines of www.nust.ac.zw www.zispa.org.zw [this one was designed using vim] and  www.sha.co.zw.

No social links or adding social links as an after thought themarketingevangelist.blogspot.com and www.techzim.co.zw

Latency measurable in light years. An obscure turtle pace DNS server hosted in Honolulu would do the trick.

Require .ASP, sSilverlightand Internet explorer. The truth is it is your site you can do anything you like with it. Me ne frego! (www.rg.gov.zw)

A CMS that I will not update so hackers can easily crack into the site and steal all the data which would be unsalted for ease of access. I need an early beta version that is susceptible to injection attacks.

Password based ssh authentication like the one they used on linux.com before it was hacked into would be an added bonus.

Obsolete content that I will not update just to piss off visitors. Misleading information will also do. This includes phone numbers that do not work. (www.myzimbabwe.co.zw and www.hmetrozim.com)

A comments section that is filled with spam and no report button.

If you know any websites that Sanus can draw inspiration from just leave a comment with a reason why you think I should copy their design. All suggestions are welcome. There are prizes to be won here folks!

40 thoughts on “Need help: On websites that suck and how to make them”