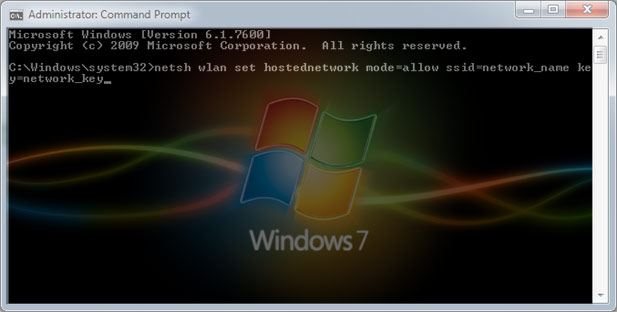 Following controversial articles in which I mentioned the juggernaut (otherwise known as they-who-shall-not-be-named) I have had this odd feeling I am being followed. Art was never one of my strong suits but I did try to make a sketch of the guy here. So until the disguise I ordered from Amazon is shipped I will stick to neutral articles. In case you are confounded by my choice of disguise. I should confess I am a fan of Two and Half Man ( I got this show legally from thepiratebay.se) and Charlie Sheen so inspired me.

Now to the matter at hand: Various ISPs and IAPs offer the option of a portable and mobile WiFi modem that you can use to connect a number of devices to the internet. It is possible however to tether one of your own devices for example a laptop connected to the internet. And contrary to popular belief: Windows does have a command line shell-cmd. My bounty of $50 000 for the guy who removed the telnet utility from Vista upwards is still good but I divagate.

N.B Replace network_name and network_key with your desired network name and key respectively.

It is that simple! If you keep this up for our next article we will be looking at how you can compile your own GNU toolchain. Who knows maybe you will be the new team leader for the grep and awk projects the last guy just quit! Goodluck handling St Stallman.

34 thoughts on “Tethering your Windows 7 device”