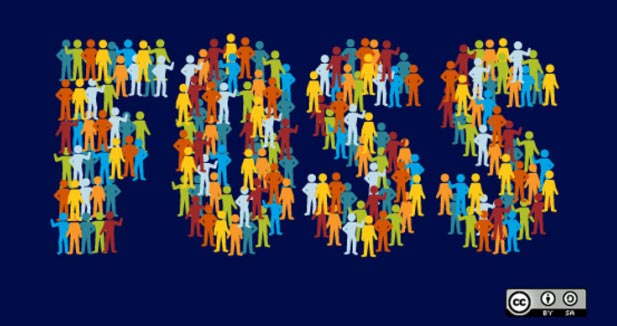 I am inclined to think that VLC media player is the most popular software in Zimbabwe. Few people outside the tech circles know, however, that it is Free and Open Source Software (FOSS). Even fewer people know what FOSS is let alone its advantages especially to SMEs and Startups with their tight budgets. I am still to meet anyone who does not love the player; it is robust, has a simple interface, extensive functionality, a trivial learning curve and modest memory footprint – beauty in code. Most other FOSS, I find lovable. Why is it then, that Free and Open Source Software remains unpopular in Zimbabwe despite all the progress that has been made elsewhere?

So why do people use Sage Line 500 instead of Bravo ERP? Why not SQLedger? Why do schools use Excel instead SchoolTool? Even though the latter is more suited to some of their tasks. Ms Office instead of LibreOffice? I ask myself, why has the use of FOSS remained province of a fringe minority in this country. VLC being the exception.

Countless writings have been made on the subject and the usual suspects come to mind: FUD, lack of support, poor user interfaces and limited functionality. I doubt the sincerity of the arguments in our (Zimbabwean) case though. Why would anyone use a pirated version of Pastel rather that say a GNU version of GnuCash. For the later, the interface is natural and enthralling, more than decent and I find it hard to believe one would receive support from Chips for their pirate copy Pastel.

Some people claim ease of use. XP to Vista and Windows 7 to Windows 8 anyone? Installing a cracked piece of software requires dedication and skill the likes of which would be more than adequate to handle a little Anaconda and Ubiquity. If you could transition from Office 2003 to Office 2007 you surely can handle Abiword and LibreOffice. There is very little that is shared by Office 2013 and Office XP yet I have seen ordinary folk hop from one to the other without even pausing to ponder the gulf between the two. Lethargy or simple unwillingness have to be the real reasons for the claim “it is hard to use/learn.”

Better support for commercial software. How many have ever dropped an email to Microsoft after encountering the a problem with one of the company’s many products? I have done that a couple of times with varying results. I have no recollection of anyone’s email going unanswered in our local Ubuntu mailing list. Usually the answer comes within the hour, a knowledgeable answer for questions that are peculiar to Zimbabwe. “I am having problems with my Econet/Telecel/Aptics/Brodacom/Telecel/Powertel modem …” A Mumbai based technician outsourced by Microsoft is unlikely to offer anything besides telling you to try restarting your system.

Extensive functionality and a robust ecosystem. The myth that it is not profitable to develop for Open platforms was laid to rest a long time ago when Android broke through the fold. We all know about the successes of the Humble Indie bundle. The old “Windows is for gaming” excuse is starting to go to the way of the Dodo as Electronic Arts and Valve join the foray. It is rumored Blizzard, the makers of much loved Diablo III, are porting one of their games to Linux. While one waits, there is always Wine the compatibility software. Even with its limitations, Wine is still good enough for most of our needs in Zimbabwe.

It has been said “when all has been said and done; more is said than done.” Most Tech experts know about FOSS but their budgets are at the mercy of Accountants, Finance Managers and CEOs. All mere mortals like myself. Intransigence rules whenever money is mentioned. “We have always used Navision and that is not going to change.”

Most IT people do not know the art of persuasion; being man of science, anything artistic is bound to require above average effort. Why should we move our website to AWS? To this day and age most of my accounting friends do not know what a cloud is, what it does and they are certainly not going to spend a cent on this cloud thing. Learn the art of negotiating because your organization’s success is ultimately your success.

I am a recluse so I do not understand why. I am interested in knowing your software needs, the type of the software you are using for the moment (FOSS or otherwise) and why you settled for the current choice, if it was a choice or a forced decision. Was it Vendor lock-in?

In my “warped thespian” escapade (for which I apologize), I asked/tried to ask why you continue to use pirated software. Now I have to ask why you don’t use FOSS instead? What is your favorite FOSS and why? What needs to be done to foster the adoption of FOSS?

28 thoughts on “Why not use Free and Open Source Software”