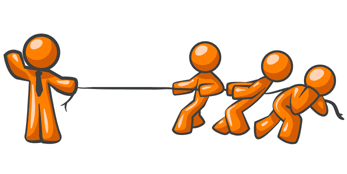 A report today by financial news and analysis service FinX says the Bankers Association of Zimbabwe have proposed that mobile money services be included in new banking reforms for the country. This, the bankers say, would create a level playing field in an sector facing significant disruption from mobile phone operators. The bankers have complained that the absence of such regulation will see their lunch eaten by the mobile operators as mobile is a cost effective way to reach the unbanked.

A bank executive who spoke to FinX anonymously is quoted in the report:

Cell phone companies are welcome to offer MMS but they should do it via banks. For example Ecocash is using various banking platforms and that is a noble strategy, but there is concern that banks have no guarantee that Econet will not steal their clients

Econet Wireless has registered significant success signing up users to its EcoCash mobile money service, managing to get some 1.7 million subscribers just a year after launch. The company also announced this week that at least US $100 million is being transferred from the country’s urban centres to rural areas through the platform. Last year, Econet acquired a local financial institution, TN Bank, primarily to drive the adoption of its mobile money service.

Service adoption and transaction figures from the only other mobile operator playing in the mobile money space, NetOne, are not clear. Indication in the market however is that the requirement by NetOne for subscribers to exchange their regular SIM cards for high capacity ones that have the MMT application, has held back adoption.

Telecel Zimbabwe, the third mobile operator in the country, launched an MMT service back in January 2011, but killed the service later in order to focus on their GSM network core service.

The majority of Zimbabwean banks interconnected through a national switching platform called Zimswitch Shared Services and have been introducing mobile money and banking services through it. Suggestions in the market however are that Zimswitch doesn’t yet have seamless MMT access to close to 60% of the mobile subscribers in the country (Econet’s subscribers).