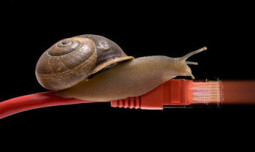 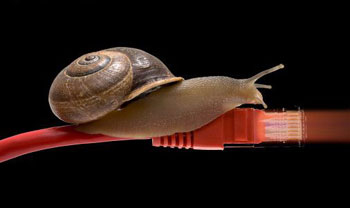 At least I thought so until I visited Ookla to confirm my beliefs. Brace yourself for some serious number crunching.The latest figures from Ookla are expected in part and confusing in part. As we have come to expect Asian countries dominate the list led by Hong Kong where the average speed is 44.15mbps and Korea the former king of broadband (South Korea of course, we all know how poor the North is) dropped to 6th with an average speed of 33.49 mbps. Rich developed countries, islands and Asian countries fill the rest of the top positions. Until you get to Africa.

In Mauritania about 20% of the population live on less than US$1.25 per day. The government of Mauritania was overthrown on 6 August 2008, in a military coup d’état led by General Mohamed Ould Abdel Aziz. On 16 April 2009, General Aziz resigned from the military to run for president in the 19 July elections, which he won.Slavery in Mauritania has been called a major human rights issue as well as female genital mutilation, child labour, and human trafficking. Yet the country tops all African countries at number 37 with a handy speed of 14.62mbps. Above Spain (38), Australia (12.2), Monaco and all her kings (45) and even the Chinese (60).

If you associate Rwanda with genocides you are so 20th Century. At 9mbps they have the second fastest internet in Africa. Ookla thinks there is no Internet in Gambia, Ethiopia and Somalia. Also thanks to Liquid Telecom for their extensive network Zimbabwe makes it into the top ten in Africa at number 9 with a speed of 3.55mbps otherwise we would be stuck at a 1.1mbps like Botswana to which the Powertel cable was linked. I guess we have to wait for prosperity though.

Now before we give you the rest of the list for Africa we are curious: How fast is your internet? How much did you contribute or take from the 3.55 mbps. Please go to http://www.speedtest.net/ to do the test and come back and post your ISP’s name, advertised speed and speedtest result. Now here is the rest of Africa and yes there are 29 countries in Africa, 28 break above the 1mbs threshold. I guess there are too busy fighting in the Democratic Republic of Congo to waste time doing speed tests: