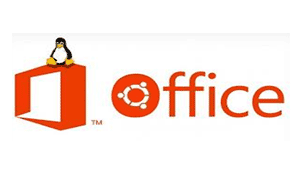 Since everyone is too afraid or partisan to say it I just have to be brave and say it for myself and all mankind. LibreOffice (OpenOffice.org if you want to play that game) is the single greatest let down of the Linux desktop. It is not even decent let alone usable; often breaking documents in both open document and proprietary formats. The interface is, let us face it, ugly and cartoonish as well as unintuitive. Going through the template collection gives one the eerie feeling of someone going through a beggar’s collection.

The inescapable conclusion is that someone took a text editor (gedit perhaps) and called upon a bunch of hackers to serially add word processor functionality. Instead of improving it or calling it what it is (rubbish) a bunch of self-appointed FOSS crusader zealots bully anyone who dares to tell the truth into submitting that LibreOffice is a drop in replacement for Microsoft Office. They maintain the fiction that you only need to install Microsoft fonts onto your Linux Box and you get yourself a free version of Microsoft Office.

When I tried that, installing all the fonts from Windows, the result was a disaster. Whenever I tried to use the fonts in LibreOffice the text was presented as a series of adjoined pictures. You could even see the edges. How am supposed to be able to share documents with Word users when I cannot even get Calibri to work? Ubuntu Times Roman font is as similar to Window’s Times Roman as an Eskimo is similar to a Bantu. They are both from different worlds and everyone knows it. Just in case you are tempted to install the fonts you should know doing so might break you Chrome and Mozilla Firefox installations in Ubuntu.

Don’t even get me started on the WINE headaches. I view it like a man wearing stilts and pretending they are taller. The effort is to be applauded but it is hard to imagine someone going through the trouble. An entire page of commands is required just to get the fonts to display right and by the time you get to .Net installation your head is reeling. I could not get Free Download Manager ( an open source app for Windows) to work. The general rule is: If it is not in the WineHq database you are going to struggle to make it work.

Smaller wonder therefore that I rejoiced when I read the news that Microsoft is planning on bringing their Office suite as a native app-or so a rumor circulated at a recent open-source conference alleges. If gossip, born at last week’s Free Open-Source Developers’ European Meeting (FOSDEM), is correct – and it is far from that at present – the increasing ‘commercial viability’ of Linux on the desktop is to be credited with piquing Microsoft’s interest. There is a Linux port supposedly being trialed by Microsoft-a ‘fully native’ version. Recently ZDNet also reported that ‘Office Mobile’ versions are planned for Android and iOS. If you are tempted to doubt the veracity of the source just remember this is how we got news about Steam coming to Linux, BlackBerry Z5 and of course the iPad.

Now as for the scathing attack on LibreOffice: I felt the situation required a Linus Torvalds intervention. I would say for the record that I would love to see a native version of Ms Office on my Ubuntu. “ Ms Office or LibreOffice that is the question friends?” Which would you have?