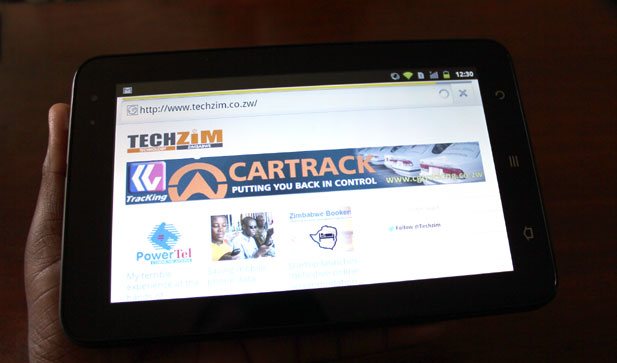 The temptation locally when you hear of a $315 Android tablet is to write it off as one of those clunky cheap Asian tablets abundant in downtown tech gadget shops. You couldn’t be more wrong thinking that about the 7-inch ZTE Light Tab 2. It’s not a super tab, no, not nearly so. But its features and general usability, combined with that price tag, all make for one of the good tablet deals we’ve seen locally. We got the tablet from Econet Wireless, the operator selling it locally and had a feel of it for a couple of days.

So what exactly impressed us?

First I don’t own a tablet. The cost and more importantly, where to fit it in the range of my computing needs, have made it just a gadget I’ll get some day. I have to mention this because ultimately it’s got a lot of bearing on how I look at such deals. I also don’t have iPad, Galaxy Tab or Asus Transformer experience, save for maybe using a colleague’s device for a few hours, or the 1 or 2 we’ve reviewed here.

As alluded to the feature specs  on this tablet won’t blow you away. It’s the general performance that’s surprisingly great. The tablet runs a relatively old version of Google Android operating system; Gingerbread (2.3) from 2011, so you will miss some nice stuff that more recent tablets are getting and if you use a smartphone that has a more recent version of Android, you will feel the age.

The Light Tab 2 has a 1.4 GHz Scorpion processor  and 512MB of RAM (we got 366MB on this one though). The relatively low RAM wasn’t as a big issue though as it might seem save for slight delay when opening and using some apps, as well as sluggish performance playing games like Temple Run. But gaming for most people is not the primary use for such devices so yes, largely not noticeable.

In terms of connectivity it can take a regular GSM sim cards so you can get some earphones to avoid looking really weird holding all 7 inches to your ear. The great thing about supporting regular telephony is you can install your WhatsApp, Viber and other such money saving communication apps. The tablet also has 3G (HSDPA 900 / 2100) and Wi-Fi so data wise you’re pretty much covered.

The screen, which is amazingly responsive, is 600 x 1024 pixel, 7-inch, capacitive and multitouch. It’s one of the features we liked most about the tablet.

Battery isn’t bad either. A full battery will give you about 10 or so hours of internet browsing and light usage like reading ebooks and stuff.

Ports wise you get standard USB which, like other smartphones and tablets, you use for both charging and data transfer. 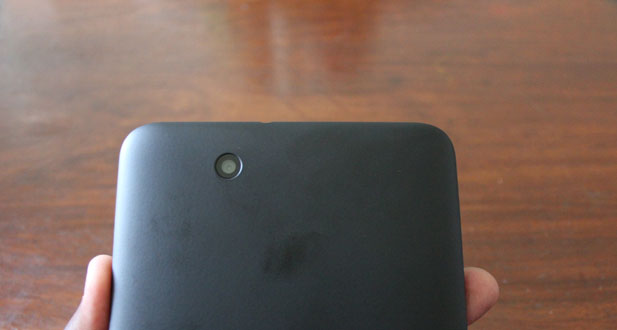 The camera, at 3.2 mega pixel, is what you expect on tablets. Not very good unless you just have to take a photo. Dim lighting conditions make it even worse. The tablet also has a basic  0.3 Mega pixel, VGA front camera which is basically twice as bad as the rear one.

The not so good

So let’s be clear, you’re not getting top range features here, but for the price, if you’re budget conscious like us, we think you’re getting one of the best deals around.

Should you buy or keep shopping? We can’t tell you that unfortunately. Like we said, rumour has it Econet might slash that price down. What we do know is that even at $315, its utility is more than enough reason to make this your first tablet buy and plunge into the tablet computing world.

Of course like with any tablet, the real win for regular PC/laptop users is that you can now more easily carry your computing without without being burdened by gadgets not designed for mobile use or those small smartphone screens.

Here are some more photos we took of the tablet:

If you have used this tablet, we’d love to hear your opinion in the comments.

7 thoughts on “Review: The $300 ZTE Light Tab on sale at Econet Wireless”