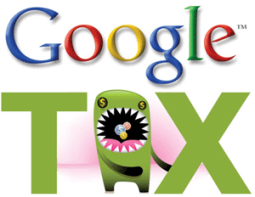 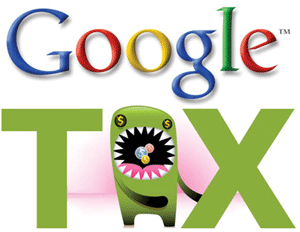 The internet has been described as a global system of interconnected computer networks that makes use a suite of protocols to serve billions of users worldwide. A network of networks that is made up of millions of private, public, academic, business, and government networks, of local to global scope, that are linked by  various technologies. It carries an extensive range of information resources and services, such as the inter-linked documents of the web, VOIP, IPTV and the infrastructure to support email.

Also most of us cannot imagine the internet without Google. We use Google Documents, Gmail, Google News, Blogger, Maps, Google AdSense and Analytics and Google the internet for information. The benefits of that Google and the internet bring to the modern generation are so common place as to never have been up for debate. The internet is awash with vast amounts of information and news which Google helps to transverse. We use email, chat and VOIP to communicate cheaply and reliably, we are entertained by sites like Youtube.com and harness the power of ecommerce. I read therefore with foreboding  the French government’s proposed tax on Google.

To be fair although a lot of people have benefited from the advent and prevalence of internet technology some groups of people have suffered. Amongst these are publishers of books and news. Two decades ago the communication infrastructure was not as well established as it is today and news agencies like AFP and Reuters who had efficient news networks charged others for access to their usually up to date news wires. These others (newspapers) recouped their expenses by selling the newspapers. With the arrival of the internet and accompanying services such as Twitter however, the middle man (News Agencies and Newspapers) have been cut off as people talk with the news sources directly on Twitter for instance.

This has resulted in a decline in newspaper readership and circulations for example after 80 years in print on 31 December Newsweek printed edition went under and only the online edition still exist. The success of the later is still doubtful. Also the Reader’s Digest which was a popular Magazine in the pre-2005 era with its popular Laughter is the best medicine and other Jokes columns is now rarer than snow on the streets of Harare as people now resort to Facebook pages and other sites to quench their thirst for Jokes and other humorous articles.

The truth is newspapers and publishers of novels, biographies and textbooks are struggling and grappling for relevance and viability.  With the decline in readership and circulation there has been also the decline in advertising revenue as corporates turned to online advertising instead. Various strategies have been implemented to try and counter these problems, with varying success. Some newspapers like The Herald and the Guardian have created a free online version which is almost always a mirror version of the printed version. They then proceed to tap into online ad revenue streams by displaying ads on their sites. Use is also made of various commenting services like Disqus to obtain user feedback. The simple truth however is that the share of online revenue that newspapers now get is miniscule as compared to what they used to get back then. Hopefully this will increase as newspapers learn craft of online publishing.

An alternative way preferred by Linux Journal, The Economist and New York Times is the subscription model. The internet is treated just like any other medium and readers are asked to pay to gain full access to the site. This payment is in the form of a subscription which makes this model so much like the legacy periodical magazine subscriptions. Most such sites do not display ads- not flash based ads at least. The problem with this model is that unless the publication for which a subscription is being asked is a specialist publication, for example a Journal, not many people are going to pay to access a general news site since numerous free access sites exist. Prior to the blogging age this was the predominant strategy as publisher’s banded together and demanded payment from readers. With the arrival of Blogger and AdSense this is no longer advisable as the global nature of the internet has leveled the field for single man news entities which have small overheads.

As always there is the world’s way and the French way. French publishers and newspapers blame their demise on Google. Google has been faced with demands for compensation from French content providers such as newspapers, who say the search giant makes lots of advertising revenue from referencing their material. Google spiders index the material of these publishers and uses it in its search engines which also show adverts and provide Google with revenue. These people claim that without their content Google would not have the right content to draw users to its Search engine. Also French Internet Service Providers like Orange claim that non user generated content from Google in the form of Ads and YouTube videos tax their network resources and Google must compensate them. The French media has a rough time but it is my opinion that to take this out on Google is a bit unfair.

Although the French government has sided with the publishers, they conveniently forget all the traffic and revenue generated directly as a result of people clicking links from Google. President Hollande of France charged that “Those who make a profit from the information produced by media companies should participate in their financing.” The mistaken and biased belief here is that Google takes all the benefits. As a matter of fact without Google people would not be able to access the information so the benefit is mutual.

Despite their not admitting it Google was arm twisted this month to pay close to $ 83 million dollars to publishers in the form of Digital Publishing Innovation Fund which is ostensibly to be used  ”  to help support transformative digital publishing initiatives for French readers.” It was however the second reason for the Fund which drew my attention. This fund was also meant to deepen Google’s partnership with French publishers to help increase their online revenues using Google’s advertising technology. It appears the Fund is the Tax. I cannot fathom the justification of such a tax nor its usefulness besides propping a lethargic group of individuals who set on holding the technology hostage for their own benefit.

10 thoughts on “The Google Tax: is it justified?”