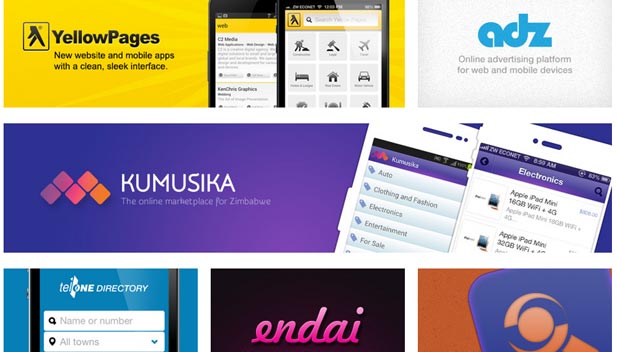 C2 Media, a local digital design & development company, has launched Zwee.ly a network of local web and mobile properties. From information on the Zweely website, a common feature of the properties will be an emphasis on mobile and social. There’s also clear emphasis on appealing design (to us at least), something C2 clearly excels at.

Zweely right now lists projects that are already live as well as a few that are coming up. The live ones right now are;

Those not live yet are; the HIFA 2013 digital presence, Vidiyo and Sasa, a bulk email, WhatsApp and SMS service.

What’s caught our eye so far is the Kumusika website and mobile apps. Though we failed to create an account because an error in the system wouldn’t let us, we imagine it works mostly like other classifieds sites; i.e. you post your adverts, view adverts by other people and, for a fee create your own storefront if you’re company.

C2 may be onto something in that regard; they have so far convinced some large companies to create storefronts and basically wait for the people to come. Econet for example has a store on the site and a source tells use the products on the site are discounted. C2 may also be onto something in, that unlike the current king of the hill they focus on mobile, both smartphones (IOS and Android apps of Kumusika) and feature phones (via biNu).

It’s too early to say what chance the other sites and apps have in the market. It’ll be interesting to see. We’d like to hear your opinion though; which site in the network do you think will make it to become a popular destination on the web?