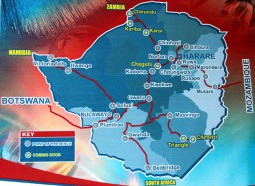 We just attended a press briefing by government owned internet provider, PowerTel, where the company’s board chairman, Francis Chirimuuta, announced the company’s 2012 financial performance and general strategy for the 2013 and beyond. Chirimuuta said at the briefing that the company has performed quite outstandingly for a government run operation. They are a subsidiary of the national power company ZESA Holdings.

Here are some of the other things the PowerTel spoke about:

The briefing was also attended by Dennis Magaya who was introduced as the company’s business strategy consultant. Magaya is the founder and CEO of RubieM Technologies, a company that provides telecoms technical and strategic consultancy in southern Africa.