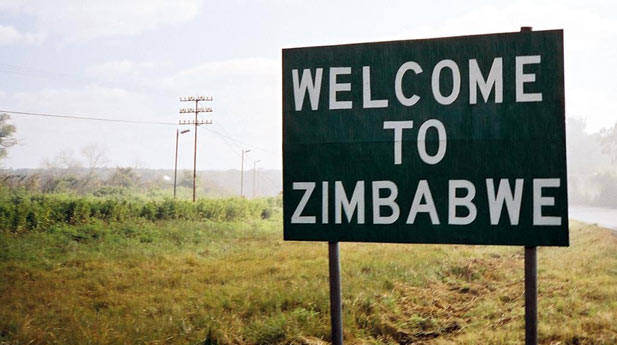 The saying that content is king precedes the internet and can likely be traced as far back as the age of Papyrus.  Engaging, enriching and current content is what drives the information age. Once a local flavor is brought to the table, consumption patterns grow at an exponential rate. We humans are hungry for information that is relevant to us. Based on data from Opera Mobile, Zimbabwe’s most visited sites are as follows:

Opera State of Mobile as of February 2013 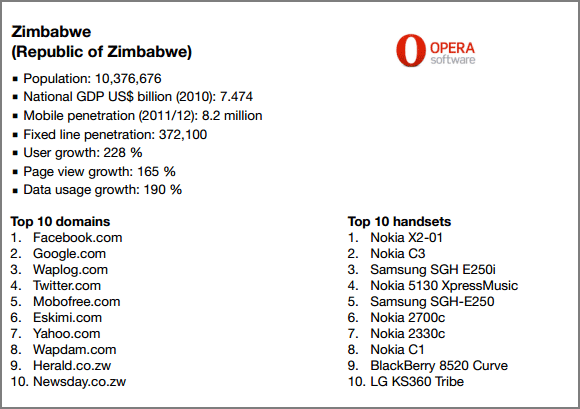 Given that the majority of internet access is conducted via mobile devices, the above stats provide an indication on PC usage trends. The fact that 8 of the top 10 sites are international points to the lack of local content available on the internet.  This has the indirect effect of making the internet partially irrelevant to the bulk of Zimbabwe’s netizens. Beyond email and Facebook, there’s nothing much users could look forward to doing with the bandwidth available to them.

Once local content like classifieds.co.zw, the news sites and Dipleague came online, more and more consumers were attracted to the internet. In essence, local content serves as a critical magnet to attract the mass market beyond early adopters. Whilst Facebook is global, its power lies in the ability to provide hyerlocal content. If friends and family were not on it, many people might not have become netizens at all.

A few years ago, I signed up to twitter after a friend spoke gushingly about it. I was one of those people that couldn’t tell the difference between it and Facebook. Even after signing up, the first reaction l vividly remember was to wonder what was next? There were all these international people and organisation’s to follow but this alone was not good enough. After @263chat’s Tuesday conversations and Comedy Thursday by @Dannythatguy , twitter suddenly became a really cool and relevant platform.

Given that we have a national internet penetration rate of 34%, there is a massive opportunity for Mobile operators, ISPs and Startups to create platforms that promote the consummation of local content. The simple reason for this is that there is big business in it, both in terms of fueling consumption of bandwidth and also in terms of possible monetisation. Imagine how much Zol (A Broadband Forum Sponsor) has benefited from Dipleague (A free and email based classifieds platform).

When Techzim began in 2009, just thinking of a commercially operated and niche ICT content blog was crazy. Nearly four years down the line, the need and relevance of the site has grown on the back of local content.

Limbikani S. Kabweza, founder and editor of Techzim will be presenting at the Broadband Forum on the subject of local content.