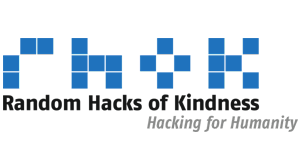 Tawanda Kembo, the founder of local Ushahidi based bribery reporting site, IPaidABribe.org.zw has announced that they will hosting a Random Hacks of Kindness (RHoK) event this month to have geeks hacking against corruption. The hackathon will be held in Harare from 27 to 28 April and is being held with approval from the global RHok initiative.

According to their announcement geeks attending the event will be using existing platforms such as Ushahidi, biNu and FrontlineSMS to build software to help fight corruption.

Speaking about the idea behind the event Kembo explained that they had chosen corruption because it is one of Africa’s biggest problems: “In Africa, we have the technology, but what it’s not being used for is to solve our problems. For example, there are more people who have access to mobile phones than there are with access to clean water in Africa. More people in Africa have access to mobile phones than to a toilet. I want people to start using technology to solve problems and what better problem to start tackling than Africa’s biggest problem: Corruption.”

The RHok initiative itself was started by corporations Google, Microsoft, Yahoo, as well as NASA and the World Bank to get individual software developers to hack together at informal events such as these to create solutions that impact the world positively. RHok Hackathon have been held in over 30 countries so far creating open source solutions to help with natural disaster response, risk reduction and recovery.

You can find more, and register for the event here.