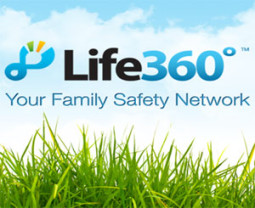 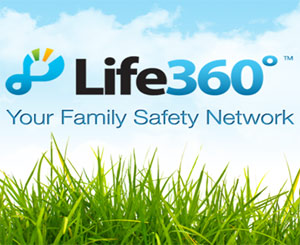 It’s happening elsewhere but given the technological challenges of the older generation as compared with their children and counterparts, child controlling apps are still to gain traction here in Zimbabwe. Maybe they are the panacea to rein in on an increasingly wayward generation of nightclubs and underage drinking.

Since time immemorial the progenitors have always bemoaned the ways of succeeding generations. How there is prevalent moral decay as compared to when the predecessors were kids. Tales abound about times when people could leave gold in streets and wake up to find it on the missing items shelf at the police station. “Kids these days…”

Children need boundaries: how many and at what  times do they log into Facebook and other social networking sites might determine how successful they are in school. Despite how you feel about this here are some apps that you can use on your children or spouse (women have so often argued that men are just like children.)

Life360 allows you to keep track of each member of your entire family. With the rise of cellphones people often lie about where they are for various reasons most of them bad. It also offers a messaging service that broadcasts messages to the entire family. You can pinpoint your child/spouse’s location on a map if you are a worried or snoopy parent/spouse. The map also marks the locations of hospitals, police stations. Its only fault is that it only lists public hospitals for Zimbabwe( in fact there is only Harare Hospital Listed) but since it uses Google maps as its back-end that shouldn’t be a problem.

Sms Tracker takes tracking to a whole new level. In addition to allowing you to view your child’s location it also allows you to read their text messages, chats, MMS and calls. All phone usage can be viewed remotely via a browser. It is hard to imagine a spouse agreeing to this so this is certainly for your child only. It runs in the background so you can slip it to them with that new smartphone without them even knowing.

Whilst the above apps shows you where your child is, Secura Phone also shows you where they have been in the last 90 days. For those who are worried about their child or spouse being involved in an accident, on Android the app disables texting or emailing while driving. Parents can also set fences/ boundaries around their children for example to prevent them from leaving school during school time or from entering restricted areas like a bars or nightclubs.

Mamabear takes the best of all the apps above. It allows you to track your child, know what they are saying for example what posts they made and alerts you when your child has a new friend on say Facebook. It uses Facebook tags to try and determine who they are with at a particular time but given the patchy way we use networks here that would not be very accurate. It also alerts you when the child is speeding but given that most children are commuters here that would also not be very useful. The level of tracking can be increased or decreased depending on the situation and child.

A final word remember you are tracking the phone and not the child! Most kids are much more tech savvy that the average adult so it would be better to have a sit down and explain to the child that this is for their own good rather than installing the app as a trojan horse. It would be easy for example for the child to just leave the phone with a friend outside before entering a club.

3 thoughts on “Using apps to keep tabs on your child”