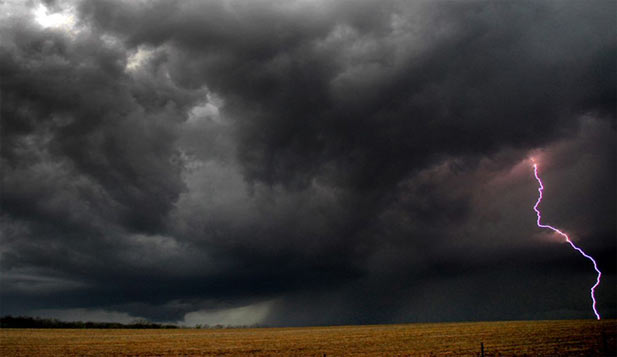 At the moment one is hard pressed to come up with any drawbacks for the cloud. That is assuming one can come up with an accepted definition of the cloud since it is, much like the Hindu elephant, a different thing for everyone: Virtual Private Servers for some, cloud storage for others and Software as a service among other things. It has been a revelation, a Panacea and not counting Richard Stallman, it has not received much disapproval from the upper echelons of the IT world. But, I shudder to say, to some extent Stallman has a point.

Take for example software as a service: At the present the whole model looks innocuous- a sensible progression of the cloud model where people do not have to worry about upgrading their software. The distributor, in most cases the creator, of the software takes care of this without bothering the client. You wake up one day and Gmail has a new compose, you are asked whether you want to use it and you click yes, as software end users are wont to do anyway, and your new mail compose interface is ready for use. This ease with which the cloud brings is in danger of blinding people from the real problems of the cloud. Legal, ethical, privacy and control issues arise from both home and business use of the cloud.

On its advent the cloud was celebrated as liberating and as an opportunity for the common man to wrest his own destiny as he gained a foothold in data centers. Companies like Amazon Web service have done a great job to cede control and give the reins to the customer. Great as that may be the cloud has also given rise to new concerns of privacy as people are caught in a dilemma: if I provide the server and you enter the data, who owns the data and what laws are applicable and what Domicile should be used.

For example, pornography is illegal in Zimbabwe but legal in America: so should a Zimbabwean in Zimbabwe be allowed to host pornographic material, or, aided by the internet, should he be involved in its distribution. Criminals are well aware of this dilemma and are using it to good effect . A good example is file sharing sites that are always moving from country to country, domain wise, as they flee law enforcement. The latest scare is that of 3D printer plastic gun design that allows a gun to be manufactured that are circulating online chiefly as a result of cloud storage sites. Whilst guns are perfectly legal in some western democracies here we have greater control and yet the only reason we do not have teenagers or robbers totting this gun is simply because 3D printers are not yet popular this side of the world.

Just as the influx of cheap imported textiles ruined the local textile industry in the 90s there is real danger that the local server and cloud industry might die in their infancy if they are not protected. How can a local startup with a less than hundred thousand dollar budget be expected to compete with Amazon or Rackspace? The latter are well established businesses with vast data centers that enjoy economies of scale in countries where there is affordable fast broadband, reliable power and good support services as well as locally manufactured spare parts. This is a classic case of David vs Goliath and somehow I doubt the little local guy will get the same happy biblical ending.

There is a very real danger that the local industry might never come up with ways to compete with on the global market. It is difficult to envisage a way for the government to intervene in the traditional sense through the use of embargoes, trade quotas and excise duty. For as long as this is the case even if locals were to create content it would not really be local content as it is in actual fact hosted on foreign servers. At the moment there are a lot of .zw domains that are hosted on foreign servers for any number of reasons the foregoing included.

Although it is true that some of these problems are not a result of the cloud per se, having existed since the arrival of the internet itself: it is difficult not to feel that the cloud has upped the game, exposed the local infant industry to the cold Arctic of the global internet market and raised the old question of domicile. It seems a storm is brewing in the cloud and it has been left to the third world governments -and other governments for that matter-to come up with umbrellas- each government for itself.

7 thoughts on “A storm brewing in the clouds”