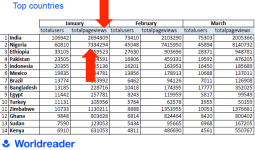 Worldreader, a US based non-profit that distributes digital books on e-readers and feature phones (as well as the e-readers themselves) in developing countries, has signed on additional publishers in Zimbabwe. The Worldreader team, which has been in Zimbabwe in the past few weeks, signed new digital publishing deals with Bulawayo based Ama Books and Weaver Press.

The deals will see titles published by the two publishers packaged for both the Wordlreader’s E-reader Kindle devices as well as the feature phone mobile app.

Along with the new publishing deals, Worldreader also used the recent visit to distribute e-readers and digital books to a school in Bulawayo called King George 6th. The move is part of Worldreader’s goal to put books into the hands of one million children in the developing world by 2015. The organisation is already working in Ghana, Kenya and Tanzania.

We had the opportunity to meet part of the Worldreader team that was in the country last week and we discussed a bit about the new publishers, their feature phone app and the ‘e-reader with digital books’ initiative for schools. Our concern with e-readers program was the cost of the devices themselves, as well as where to get the content. On that, Worldreader Director of Publishing & Mobile Platforms, Elizabeth Hensick, said that at first the devices – basic Kindles – were expensive but the costs have significantly come down. “When we first started working in Ghana, we were paying $289 for a Kindle, now we’re getting them for $59. The device cost is coming down drastically,” she explained.

Having never owned a Kindle ourselves we were also worried about the need for constant electricity to charge the devices but Hensick assured us the devices can be used for 2.5 weeks before needing another charge.

Worldreader’s feature phone app, which is a biNu app, has proved quite popular around the world and in Zimbabwe as well in terms of individual access to books (as opposed to the more structured e-reader program). It has also managed to reach much more people in a way e-readers can not. The mobile app started with 250,000 readers globally in March last year and has increased by more than 100% to 534,000 readers a month who reader about 1 million pages a day. In terms of the top reading countries, check this chart they shared with us: 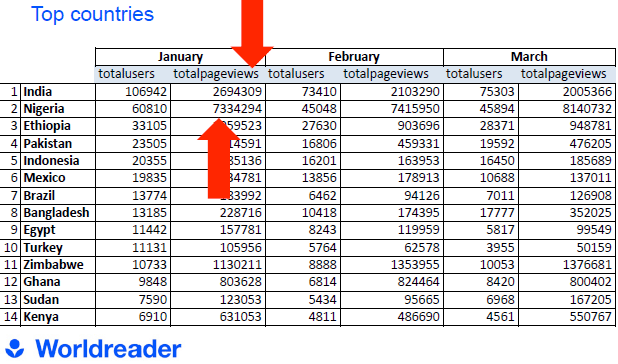 You also remember that a local startup that came out of the Culture Shift challenge is working to launch a variation of the Worldreader app called Openbook. The Worldreader team said they were excited to be working with the startup and think their idea can work even beyond Zimbabwe.

2 thoughts on “Worldreader signs on more local publishers in Zimbabwe”