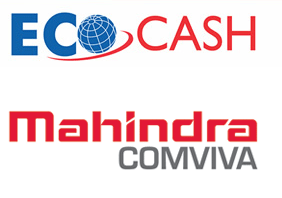 Econet Wireless and Mahindra Comviva recently won a Global Telecoms Business (GTB) award for the EcoCash mobile money transfer project. Mahindra Comviva are the suppliers of the platform that EcoCash runs on. The award makes two the number of innovation awards the Econet Wireless Group has won this year at the GTB awards. The other was given to Liquid Telecom Zimbabwe.

Econet and Mahindra Comviva were recognised for delivering financial and payment services in a country where the majority of the population is unbanked. The award is for Consumer service innovation. The platform is called Mobiquity and was adopted by Econet last year in August, a year after EcoCash had launched. Before Mobiquity, Econet had used an MMT platform supplied by a South African company called Pattern Matched Technologies.

According to Mahindra Comviva, the Mobiquity platform has been deployed by over 60 service providers in 40 countries and serves over 500 million mobile users globally. A mobile application firm, Comviva was owned by the Bharti Group until September 2012 when Tech Mahindra announced a 51% stake acquisition in the company.

The GTB awards are highly regarded in the telecommunications sector globally and are organised by Euromoney Institutional Investor group as part of its Global Telecoms Business magazine. You can see the full list of companies that were awarded here.