App developers, get your mobile app idea funded by Microsoft and Nokia 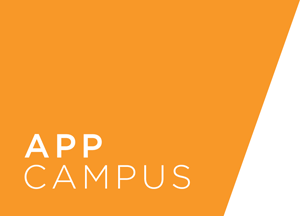 In March this year, I was in Finland attending AppCademy a 4-week intensive training and coaching camp organised by AppCampus. AppCampus, which was launched exactly a year ago, is a joint venture between Microsoft, Nokia and Aalto University that was set up to provide funding and marketing for innovative apps targeted for the Windows Phone platform.

So here I am on a crusade to evangelise about the opportunities that AppCampus has for developers and entrepreneurs in Zimbabwe. Hopefully we will then have several local companies getting a jump start from AppCampus to become global success stories in the mobile app space.

AppCampus is providing funding of €20,000, €50,000 or €70,000 per mobile app project. To get your app in line to get funding you make an online application on the AppCampus website, www.appcampus.fi, where you will also get more info about the programme. Your application will then go through a 4 week review process. The criteria for acceptance are found here www.appcampus.fi/faq, but in short your idea needs to be innovative and you will be the first to market with the concept.

If it is accepted you will then be asked to register a Windows Phone developer account and create the project’s design documentation. The design will undergo a 1 week review process and when it passes you will be paid a fat check of 30% of the grant that you would have been awarded. The rest of the money will be paid out when you complete the app and it is available on the Windows Phone Store.

AppCampus is not only providing monetary support but are also offering world class training and coaching from experts in the industry drawn from Nokia, Microsoft and other partners. If your project is deemed as one of the most promising amongst the qualifying applications you will be invited to attend the 4 week AppCademy training and coaching program in Finland.

Additionally Nokia and Microsoft are offering marketing support after you launch your app on the Store especially so if your app receives good user ratings and reviews.

Are there any strings attached?

Well, nearly none! AppCampus will neither take any equity nor stake in your project, nor will they take a share of your revenue, nor take the intellectual property of your app. All they ask from you is to make the app available exclusively on the Windows Phone Store and/or Nokia Store for a period of 90 days.

So seize the opportunity and rock the world with the next big idea!

This guest post was authored by Gift Gana, who is CEO of Avelgood Apps, an app development company he founded in 2008. Gana has also co-founded Football Zone, a football information startup based out of Bulawayo.