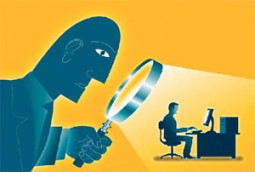 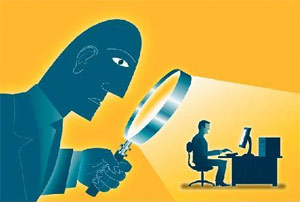 Those of you who watch TV Shows and spy movies have seen it, government spooks and law enforcement agents hacking into private email accounts and computers with disturbing ease. This is usually justified by the fact that the good guys are chasing evil people who either have harmed or intend to harm innocent people. Recent reports however show that there is no such distinction between the innocent and those suspected of committing crimes. The real life spying program dubbed PRISM seems to work like a drag net-you get spied on whether you are a suspect or not.

The American government is not even denying that it spies on people and shares the information with its allies. Apparently this is okay so long as you are a “foreigner” (not an American citizen) or if you are an American citizen who communicates with “foreigners.”  Zimbabweans are obviously foreigners and so we are not spared by this drag net. Initial reports had said that America’s top firms like Yahoo, Google, Microsoft, Twitter et al are complicit in the spying and had given the American government direct access to their servers. The tech giants have vehemently denied this, some even claiming to have never heard of PRISM even though there is a Wiki page for it.

It does not bode well for us that most of the popular services we use are offered by American companies!

Most of us subscribe to the fiction that our online activity is private or anonymous but nothing can be further from the truth. Services like Google Ads use your online activity to determine which ads to bombard you with. Search for a Virtual Private Server for any number of times and you will see Virtual Private Server ads popping up everywhere you go. Most tech giants store a lot of private information about us and PRISM or no PRISM these tech giants have been handing over this private information as part of “legal cooperation” with alarming regularity. This alone tears apart the fiction that you are conversing with just your friends – you should add Big Brother to the list.

The idea of sacrificing people’s right to privacy in the name of national security and law enforcement is not new at all. Despots and tyrants have routinely spied on their own people since time immemorial. What is surprising however is that America, a country which has positioned itself as a champion of democracy should be, by its own admission, be found on the other side of its standards. Recently Chinese tech firms including Huawei where brought to task by the US Congress and where with little evidence accused of spying for China. This sort of duplicity is disturbing.

There is little evidence to suggest that online spying on people leads to reduced crime or acts of terrorism.  To paraphrase one of America’s own founding fathers, Benjamin Franklin: those who give up privacy for temporary security will get neither. What galls me is that someone can; without any reason, censor or justification; read my email or documents in the cloud based on some preposterous idea that I might be intending to harm America’s interests. It galls me that America sees it fit to do so at the expense of my rights when they have publicly denied any other government from using this method. When the same measure were proposed here in Zimbabwe the Supreme Court rightly stopped it as unconstitutional.

The whole concept of spying is flawed and it is hard to justify such an act. In our Supreme Court’s words spying on the public is “unjustifiable in a democratic society.”

If you are of the mind that online spying is wrong please sign a petition to put an end on Avaaz.org here.

16 thoughts on “Is big brother reading your Gmail?”