Usually, the content companies generate on social media platforms like Facebook is centered on the company’s products; what new products they have, helping customers understand them, responding to customer questions about products, promotions etc… generally, the content is related to building the company’s brands by engaging social media users. Telecel Zimbabwe is doing it a bit differently though.

We can only describe some of their recent Facebook updates as, strange; the company is using its page to promote an individual, the Telecel Zimbabwe chairman, James Makamba.

Done by any other company (and even Telecel itself at a different time), we’d probably just gloss over it and move on. But Telecel Zim is in a very particular situation right now, one that would cause anyone that see this to wonder what more its about. The situation is this:

If you are wondering what kind of strange chairman promotion the company is running on its Facebook page, check out these screenshots we took; 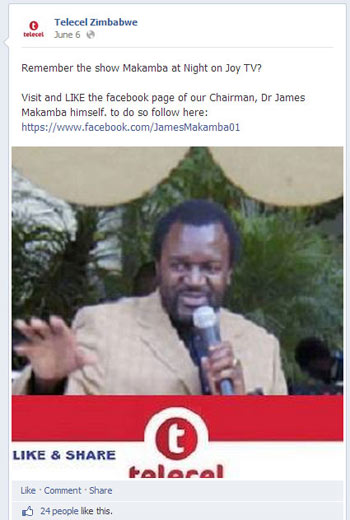 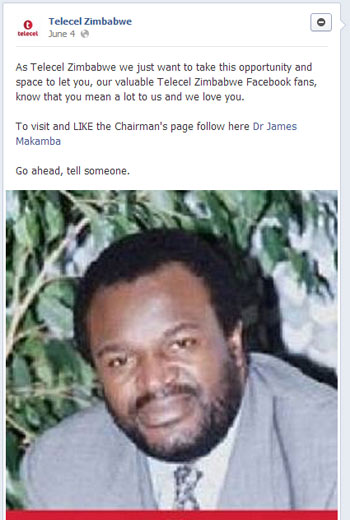