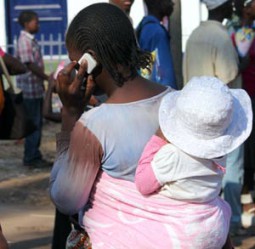 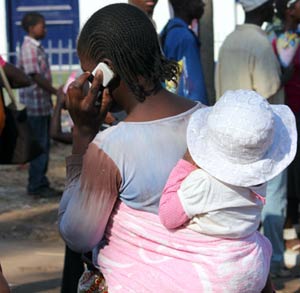 It’s now day 5 since Econet last week severed mobile interconnection with Zimbabwe’s second largest mobile operator, Telecel. Before that, Econet, the largest with more than 8 million subscribers, had been accused by Telecel of throttling voice calls from the network in a bid, they said, to frustrate subscribers into migrating ‘back’ to Econet. Econet didn’t respond to the throttling allegation they responded to a licensing one.

This is the longest an interconnection standoff has lasted. When a somewhat similar interconnection incident happened last year between Econet and the government owned NetOne, it wasn’t more than a day before Econet were ordered to connect their rival. We expected this to be solved similarly swiftly. Especially considering many more subscribers are affected. But no one seems to be in a hurry to do anything about it.

We expected Telecel to cry foul, but maybe since they really don’t have a telecoms license ‘yet’ they don’t have a strong legal position.

In the meantime, Telecel is likely bleeding customers and Econet winning them!

We expected the telecoms regulator, POTRAZ, to at least issue a statement of reassurance to subscribers. A “don’t worry, we’re on top of this” statement. Nothing. A response by the Acting Director General, Alfred Marisa last week just said “The Authority has just received information regarding this matter and investigations are now in progress to establish the facts on the ground.” When we called them today, we were referred to the Ministry of Transport, Communications and Infrastructural Development for comment on the progress. One of those ‘too political’ issues for POTRAZ to handle maybe? The ministry has not responded yet.

Maybe everyone is too busy with elections to care about interconnection and license politics. Or maybe everyone wants to worry about elections before they discuss licenses.