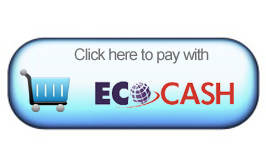 Information we have suggests that Econet has been working on an internet payments component for EcoCash which was scheduled to be released this month. The release has however, as we have been told, has been pushed further and it’s not clear when it will be available to web developers and eCommerce companies to use.

According to a source at the company, the Application Programming Interface, API for short, will allow online merchants to process EcoCash payments on the web. It’s a component that has been requested by some companies locally, especially startups as now they either process EcoCash “online payments” manually (someone sitting with a phone, verifying payments and updating the eCommerce application) or a hybrid of sorts. It’s now clear however just how big this market of payments is for EcoCash and if they need to prioritise.

The only other option for online payments in Zimbabwe, apart from the very inconvenient PayPal and Zim issued credit (and prepaid debit) cards, is the Vpayments, a solution launched by Zimbabwe national payments switching company, ZimSwitch. Vpayments has however not been that visible locally a sign the uptake has been low.

Econet has reported that it now has a total 2.5 million mobile money subscribers. The company launched in September 2011 and has so far been pushing p2p transfers and merchant transactions.

15 thoughts on “Econet working on an EcoCash internet payments API”