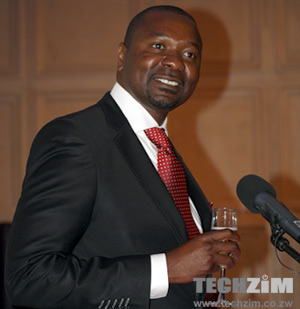 Today, we attended a (now former) TN Bank event where the company launched its new name, Steward Bank. The rebranding comes a few months after the bank was acquired by Econet Wireless from its former owner Tawanda Nyambirai. It was made clear at the event by the bank CEO, Kwanele Ngwenya, that the bank’s services will be tightly integrated with its telecommunications parent Econet Wireless’s network.

Also speaking at the launch, a board member, Tracy Mpofu, stressed the pivotal nature of their relationship with Econet referring to it as a unique advantage over other banks in the country. “Whereas other banks will be looking for a telco to move their innovations,  as Steward we have the services of Econet within our stable. We will take advantage of this as we move forward. We will leverage the technology that they have on the telecommunications side,” she explained.

Ngwenya wouldn’t say though what exact products the market should expect. So far, the bank has introduced financed smartphones in partnership with Econet, a service they announced back in January this year. The financed smartphone packages were introduced two weeks ago. Econet Wireless has the largest mobile money service in Zimbabwe counting more than 31% of Zimbabwe’s adult population as subscribers. When Econet acquired TN Bank they didn’t hide the fact that it was primarily to drive the adoption of EcoCash.

On what would guide their execution Ngwenya said they had spent some time researching the problems in the banking sector and the bank would seek to address them. The problems, he indicated, include the low level of confidence in the banks that the public has and general financial exclusion in the market. Ngwenya said one of Steward Bank’s key objectives is to extend banking and payments to all Zimbabweans.

Ngwenya also announced at the event that the bank’s capital base is now US $75 million, making them one of Zimbabwe’s top 5 banks by market capitalization. A lot of banks locally have struggled to meet minimum capital requirements set by the Reserve Bank of Zimbabwe last year, resulting in the RBZ relaxing deadlines.