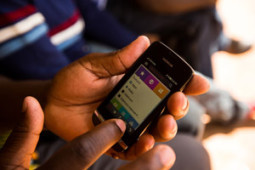 So, since last night complaints from Econet subscribers have have been hitting our tips mailbox, the issue being that they couldn’t WhatsApp anymore and that they suspected Econet “blocked WhatsApp”. The reason, according to the emails, was basically that politicians had instructed them to do so to limit any communication as Zimbabwe goes through an election. Far fetched yes, but guess that’s how much you Zimbos you trust your politicians.

So anyway, we contacted Econet to establish the facts. No so. No politics involved here. Purely some technical problems they said.

“We had an issue after upgrading a node last night but as of 10:30 [this morning] it was resolved,”  said Leon de Fleuriot, Econet General Manager: Products and Services. de Fleuriot also said that they are contacting all subscribers via a bulk message to let them know there was an issue and it’s been fixed.

On why this seemed a WhatsApp issue, its just the one symptom of the failed broadband service that people experienced. WhatsApp uses internet data to connect and it’d be one of the first things to be noticed since it’s used much more than other internet messaging services locally.

5 thoughts on “No, WhatsApp’s failure to connect has nothing to do with elections”