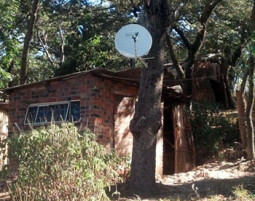 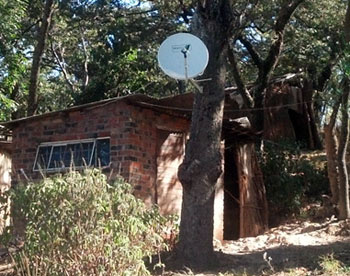 Local TV sucks. Well, ok, that’s too general. But those satellite dishes stuck to walls , housetops and trees even in the lowest income neighbourhoods suggest people are hungry for other content. Maybe it’s in addition to what’s served by the local TV overlords. Who knows?

Anyway, whatever relief people were getting viewing foreign content on free to air decoders, the viewing experience has been badly compromised as South African TV signal carrier, Sentech, has pulled the SABC channels.

If you are one of those millions of people (about three million it’s said) you will know that the SABC channels are the most watched locally. Mostly for the soaps (Isidingo, Generations, Muvhango etc…) and maybe news as well. Frankly, the quality of South African TV is just way better than local; picture quality, programming and all.

Even though the move by Sentech seems sudden, the truth is it was known this was going to happen eventually. SABC was ordered last year to encrypt its channels so they could only be viewed in South Africa. eTV approached the Johannesburg High Court in 2011 to have the SABC signals encrypted as the open channels were giving rise signal piracy which was eating into their viewership and revenues in Botswana.

The encryption of the channels will also affect viewers in other countries in the region like Malawi, Mozambique, Madagascar, and Angola

This will have Multichoice smiling all the way to the bank. Literally. With SABC gone, the only realistic alternative, for those that can afford it at least, will be DSTV. Otherwise it’s back to the the countries’ broadcasting monopolies.