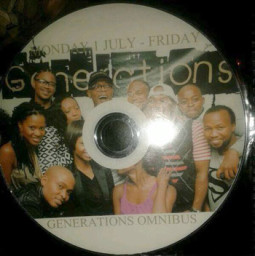 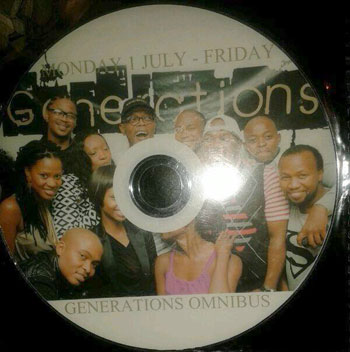 When suggestions were made two weeks ago that Zimbabweans would seize the opportunity to sell weekly DVDs of South African soapies that were pulled from free-to-air satellite TV as part of the SABC’s new encryption, we didn’t think it would happen in the immediate. How wrong could we be! Apparently, pirate DVDs of the popular soapies are already available on the streets of Harare. For just a dollar you can buy you a week of daily episodes, called an Omnibus, of your favourite soap.

The picture above for example is a DVD of all Generation (a popular soap) episodes from last week. Other popular South African soaps include Isidingo, Muvhango and 7de Laan. As for where the pirates are getting the content, the soaps are available in South Africa on the Multichoice Satellite TV service, DStv. Zimbabweans can therefore get access to them through subscribing with an SA Multichoice account.

South Africa’s three SABC channels were made inaccessible on free-to-air decoders like Wiztech and Philibao on 1 July 2013. The change has been reported to have resulted in increased Multichoice subscriptions and increased viewership for the local TV monopoly ZBC-TV.