The 2012 annual report sent out to Masawara shareholders over the weekend revealed that Dandemutande, an internet provider they have shareholding in, incurred losses amounting to US $4.9 million during the year ended 31 December 2012. Masawara’s share of the loss was US $3.4 million. The losses are attributed mainly to the retail and consumer internet division, which is called uMAX. This the second consecutive year that the business has made a loss. In 2011, Dandemutande suffered a 3.2 million loss. 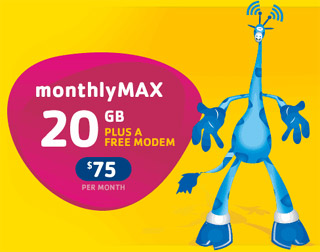 The losses, according to the report, are due to fixed operating expenditure incurred for the WiMAX network, and costs related to the testing, marketing and launching of the network. uMAX launched services back in June last year bringing high quality consumer internet to the market. But the service was pricey and the rate of customer acquisition was slow. As a result, the company made lower than expected revenues and went into cashflow problems.

Some delays experienced in the launch of the WiMAX network also resulted in the business experiencing cash constraints, the report says, and this was just compounded by the lower than projected customer acquisition.

The report also indicates low confidence, at least in the short term, in the ability of the business to become profitable, especially in such a highly competitive sector as telecoms. “Due to losses incurred by Telerix and cash flow constraints, there is also a risk that the investment in Telerix, debentures and preference shares subscribed in this associate may be further impaired in the future,” says the report of the investment in Dandemutande. Telerix is the company that owns Masawara’s 50% share of Dandemutande.

“The losses and cash flow constraints experienced cast doubt on the ability of Telerix to continue as a going concern without financial support from its shareholders” the report says. According to the report the shareholders have however pledged to continue supporting Dandemutande with “sufficient” funds based on new projects of the business up to June 2014.

The report further explains that even with the rescue, there is risk that the pledged support may still “not be adequate due to unfavorable changes to the initial cash flow forecasts, the economic environment and increased competition which in turn may negatively affect the going concern of Telerix”.

You can download and read the full report here.