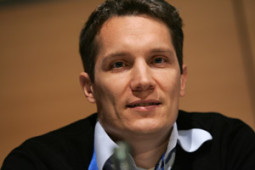 Germany headquartered Rocket Internet, notorious for shamelessly cloning successful startups, announced today via a press release that they are are now a billion dollar company. The release says the company has, since May 2012, managed to raise a total of $500 million from Investment AB Kinnevik and Access Industries.

Kinnevik itself also released to the press today news that they have injected a further EUR 67 million into Rocket Internet to maintain a 24% stake in the company.

“Rocket Internet is the world’s largest internet incubator and now even a billion dollar company.” says the release. According to Rocket, the money is being used to grow the company’s eCommerce startups in Africa, Europe, Latin America, and Asia.

Rocket has startups strewn all over emerging market countries globally. The company says it has 25 international offices running mainly eCommerce related in the sectors of fashion, merchandise, and furniture. The Rocket model of identifying successful startups and creating clones in markets the original startups are not in yet, has attracted both criticism and praise for what is seen as practical execution. Rocket has built and sold startups to eBay, Groupon, NBC Universal and others.