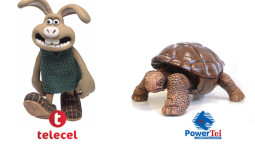 Update: The survey results posted below are not scientific at all and not representative of Zimbabwe’s mobile broadband internet speeds. Far from it. This survey was just posted as an article to capture the few responses of the readers of that specific article.

The response were less than 30. This is nothing compared to at least 4.5 million mobile broadband users in Zimbabwe. While it’s clear from the data supplied that in the article how small the sample is, our title is not as clear and we are sincerely sorry about it. We do conduct proper surveys where data is collected and analysed by statisticians to draw meaningful conclusions. Surveys such as this one.

Surveys can yield the strangest results and the results for the mobile broadband speed survey were quite shocking in some aspects. According to the results Telecel, of all the mobile operators that grace our country with their service, is not only the fastest service provider in terms of internet speed but the most reliable as well. They had a handy speed of 1.5 mbps if you are in Harare, Bulawayo or Mutare otherwise the speed will drop faster than a stone to well below 1 mbps if you leave any of these areas

For those of you naysayers who always doubted PowerTel reliability you should know that according to respondents, PowerTel is only second to Telecel in terms of reliability. Econet was ranked third, Africom fourth and NetOne rounded up the list. In the speed list Telecel was first, Econet second, followed by, surprise, NetOne, then Africom. Apparently, PowerTel has the slowest speeds although their speeds are almost uniform for their subscribers at around 512 kbps.

Not surprising is the fact that most (61%) people use their mobile internet for general surfing. It seems people do not like reading mail on their computers though with about only 4% saying they read their email on mobiles.

Here is a summary of the results: 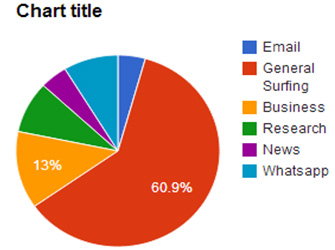 Disclaimer: This is a result of a survey which only based on a sample. The respondents’ experiences might differ from your own. The survey is still open, and will remain so for the foreseeable future so feel free to post your own results there. A detailed summary of the results can be viewed here.

Do not miss the ISPs survey coming tomorrow.