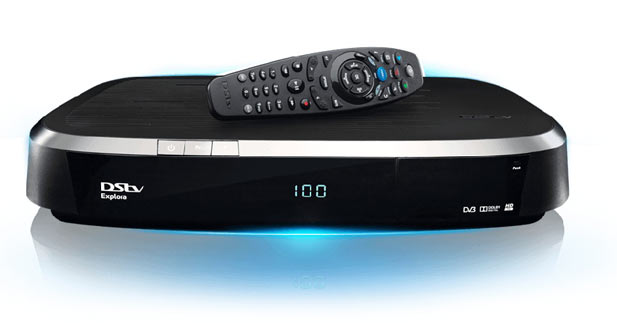 For a long time, Digital satellite television hardware technology has remained mostly stagnant in our part of the world. The last big thing in satellite technology was the launch of Multichoice’s PVR decoder which heralded a revolutionary (at least for us) non-linear TV viewing experience; viewers could now pause live television. Since then, a lot has changed. Television is evolving from a linear experience where viewers interact with content as it happens, towards an on-demand model which allows viewers to watch only the content they want when they want to.

While the PVR may have catered for this evolution by enabling viewers to record their favorite shows and watch them later, the PVR is still essentially a glorified VCR without the cassette (wow, “cassette”). Multichoice realized this and launched their Box office VOD service for South Africa (which means “squat” in Zimbabwe), however, the limited bandwidth and hardware limitations of the PVR decoder mean that only a few features work well. Until now that is, because DStv recently launched their next generation decoder, the Explora.

Specs
DStv call it “bigger and better in almost every way”, boy are they right “in almost every way”.  Storage wise, the Explora boasts a 2TB hard drive which means it carries 4 times more storage than its predecessor, this translates to 220hrs of recording compared to just 50hrs on the older decoder. The Explora also comes with 3 USB ports which Multichoice have promised will be used to spice things up in the future.

Software (Linux)
For a long time now, DSTV decoders have been shipped with some basic and tedious software that can be some-what updated. The Explora is different, It comes with no software at all. Only when you boot it up for the first time, does it download the latest software installation. And by ‘software’ the Explora means business.  The new software is based on a Linux Kernel, hello geeks, fancy hacking your decoder? The Explora will sport a fast and responsive brand new user interface menu titled ‘DStv Central’ which comes with new advanced search capabilities. In more ways than one, it really appears like ‘DStv central’ on the Explora is inspired by the likes of Hulu or Netflix.

Apps
The Explora will now introduce apps. Remember those interactive channels on your DSTV decoder like news 24 and weather 24? Well, you can call them apps now, thank you very much! Are you thinking what I’m thinking? Will Multichoice maybe bring an App store and advanced gaming capabilities straight to Our TVs?

Internet
The Explora comes with an IP network connection ready “for future use”, Multichoice has already hinted at 3G wi-fi extensibility for the Explora. Oh boy!!!!

Time shift aka “pause live TV”
DSTV’s time shift feature is coming back bigger and better in every way. Now time shift retains your buffer for up to 2 hours even after you change the channel. Which means you can pause a football match, change the channel, access a couple of apps and then resume ‘live’ TV where you left it.

Catchup
A viewer can now watch up to 4 prior episodes of one of the select shows at any given time.

Favourite channels
The Explora now enables each member of the household to have their own custom favorite channel list which they can activate when they watch the TV.

Pricing
And the fat lady will now sing, here ends the good news. Ladies and gentleman, the Explora is expensive. It costs an impressive R2 499 ($242.00 before ridiculous Zimbabwean profit margins and ignorant duties). As if that’s not enough assault on your bank account, Multichoice will, as usual, sell you the bun and charge you extra to eat it. Extra view, time-shift, box office (which means “squat” in zimbabwe) and who knows what else Multichoice manage to sell next, all come at an extra fee. How about that?

Think of it this way, you will pay a lot more for a more powerful decoder, then once you have it, you will pay some more money  to use the extra power. You keep on buying the damn thing! So…, even in terms of pricing, the Explora seems “bigger in almost every way”.

There you have it folks, that is the Explora in a nut shell. What I still find interesting though, is that while DStv is quietly trying to become more like the internet – it still has a long way to go for that matter – ISPs in Zimbabwe are not maximizing on the fact that they are in fact the real internet with the real Netflix, Irokotv and YouTube. What do you think?