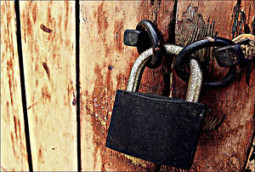 Unlike other mobile banking offerings that have emerged on the market, customers using EcoCash are not required to have a bank account, do not need to switch their SIM cards for new ones, and can move money across different mobile networks.

That was the word Econet gave the market when they launched EcoCash back in September 2011. And it made so much sense. Being able to send money instantly from anywhere you are to anyone with a mobile phone in Zimbabwe. Regardless of how many actually get to use this capability of the service, this no doubt helped pull millions into opening accounts.

And then last week, some cracks appeared:

We regret that you will not be able to send money to Telecel mobile numbers using EcoCash as Telecel is not a valid Telecoms license holder.

Big deal but temporary, we thought. As soon as the fighting about interconnection and licenses stops, all broken services (and promises) will be fixed. Not so. It’s widening if anything. Econet broadcast another EcoCash message yesterday:

“Dear EcoCash Customer. Kindly note that you can only send money to Econet numbers until further notice. Any inconvenience caused is sincerely regretted”

Closed. Done. Either you are on the Econet network to receive money from your contacts on EcoCash, or you’re not and there’s just no mobile money for you. Well there’s OneWallet, and the soon to be re-launched Skwama. Considering NetOne’s OneWallet hasn’t been visible much, that leaves subscribers with little choice.

Do we know what’s going and why? Officially not yet. We’ve been promised a response to our emails and we eagerly await it. We thought Econet would actually want more EcoCash traffic.

A far fetched benefit-of-doubt reason would be that they have been told to suspend cross network transfers. But then again even this doesn’t make sense as regulators would be more for open platforms than this. We’ll be updating you as we get more information.