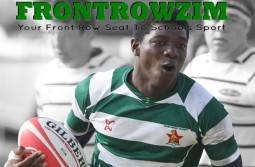 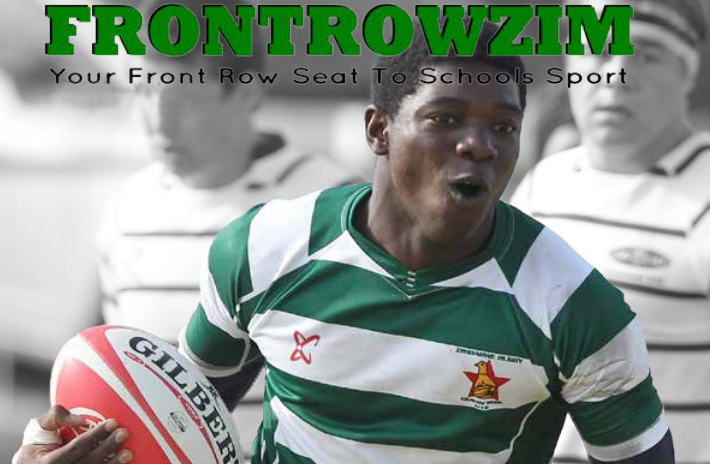 When Chenjerai Katanda made the Zimbabwe Schools Rugby Sevens team that traveled to Kenya for a tournament in 2009, he recalls that he Naively thought anyone who represented Zimbabwe in such a capacity deserved mention in the media. “Boy was I wrong. Schools sport was not ‘important’ or as they say ‘it does not sell’”. There was no coverage. Like nothing had happened. That day he promised himself he’d make publicizing schools sports his job. And in 2012 he launched Frontrowzim.com, a website that has grown rapidly to become the premier source for schools sports updates.

Frontrowzim covers schools sport, publishes fixtures, results, match reports and conducts interviews with sports people in ZImbabwe. While Zimbabwe’s schools sport curriculum is one of the best on the continent – “up there with Namibia and South Africa” Katanda says – there’s been little information covered on it. Well, until he launched Frontrowzim. Their effort said Katanda does not only document Zimbabwe’s schools sport, but also plays a part in solving the local content gap in Africa by providing relevant information to internet users on the continent.

In terms of their business model, Frontrowzim have a sponsorship model where companies can sponsor the visibility of a team or particular sport. They also do regular banner advertising and sell images that  they collect as part of the news coverage.

According to Katanda, the dearth of schools sport news coverage is still pretty much the same which means they don’t have much competition in the niche they have carved out for themselves whether online or offline. “Once in a while the traditional papers cover a tourney, but then again their focus is hardly schools sport,” he said. What other media don’t see is that the market of readers for schools sport is actually quite sizable.

“Our target market includes all school children, parents with children who participate in schools sport at any level but mainly high school. General sports fans also make up the demography, as well as all old boys and old girls who always want to know what is happening at their alma mater,” explained Katanda.

Already, just a year after launch, Frontrowzim’s efforts are starting to pay off, both in terms of access to great content and commercially. Locally, the Zimbabwe Rugby Union have enlisted them as their schools sports news partner and syndicate content to their site. Recently, Frontrowzim were accredited by the South African Rugby Union (One of the biggest Rugby Unions in the World) to cover this year’s Craven Week rugby tourney in South Africa alongside other traditional publications.

Katanda says a number of schools have also extended their recognition with some of them sending weekly updates to Frontrowzim of the events happening at their schools. This though, he admits, has so far been mainly private/trust schools.

On the commercial front they have signed up a couple of sponsors, the major ones being Health International and Absolute sports. Other companies that have been involved one way or the other sponsorship wise include Raylite Batteries, Thermotec, Ram Petroleum and American Express Pearlsard Trave who advertise in as just launched virtual magazine edition of the site.

In future Katanda says they are looking to cover more sports extensively, to be more gender balanced in their coverage. They are also looking into creating dedicated portals for specific sports as well as live streamed matches.

As a startup entrepreneur, Katanda is the classic case of working on a problem that you have experienced and are passionate enough about to execute even where others don’t see an opportunity.