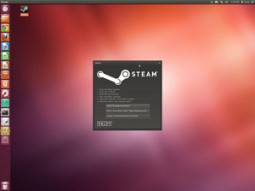 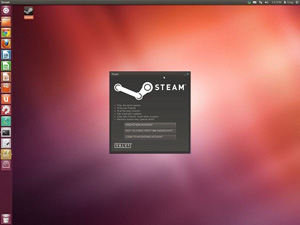 Linux  has over the years consistently proven itself to be a worthwhile alternative on the desktop and has even become the champion in mobile space in the form of Android. For a long time though its inability to bring about the much advertised Year of the Linux desktop has been blamed, at least partly, on its pathetic gaming support but since the inception and release of Steam for Linux, that is all changing.

Since the release of the Beta version of steam a lot of improvements have been implemented. Recently steam released a major update that reportedly made the release much more stable and easy to use. This fact and the fact that more titles have been added to Steam while more are coming prompted me to give Steam another try and I believe it is ready for the prime time.

One of the problems that Zimbabweans face is  that they often lack legitimate access to Game software at reasonable prices. Most disk vendors at places like Avondale shopping center sell their game disks at prices well north of $100 for popular titles like FIFA. The rest of us have to make do with pirated copies which sometimes do not work as expected. Some of these so-called crack versions contain malware. In order to encourage adoption of Steam for Linux, Steam has been giving away a lot of popular gaming titles for massive discounts some as high as 60%. Given the Shoe string budgets that Zimbos live on it might be wise to take advantage of these discounts on Linux titles. In any case it is generally cheaper to buy your games online.

Like all geeks, I dream of owning cute Alienware devices with loads of RAM and other mind blowing specifications. Reality however is something else and the requirements for Steam are quite modest:Ubuntu 12.04 or newer on a dual-core system with 2GBs or more of RAM running at least 2.8GHz. You’ll also need an nVidia GeForce 8500/9600GT or an ATI/AMD Radeon HD 2500/3600 or better graphics and their latest drivers. It is possible to run Steam on other versions of Linux just visit the Community forums for your distro. For those with Ubuntu distros you can download the .deb file here. Please bear in mind that the specification requirements vary for each game.

Installing Steam for Linux is not very different from installing software in Ubuntu. The steam package can be installed from the Ubuntu Software Centre. What they do not tell you however is that the little package that is installed this way is the Steam installer not Steam itself.To complete the installation of Steam you need to launch the installer. For those with capped Internet packages be warned that the installation is a bit large. Sometimes if you have a slow connection, which is not an uncommon thing here, the installation might take a long time (hours) to complete or not complete at all. It would be nice if Steam had an offline installer for folks with snail paced networks.

Once installation is complete you can launch the store and start buying games. You will note that some of the most popular Windows Game titles do not have their Linux counterparts that is changing everyday. My recommended games are: Counter Strike and Left 4 Dead.

If poor gaming support was the reason why you cited for not using Ubuntu I can assure you that those days are gone now. However if you are a Sports fan like me, you will be very disappointed with the game selection. Please give Steam for Linux a try and share your experience and rants with us.

15 thoughts on “You should give Ubuntu and Steam a chance: Evaluation and howto.”