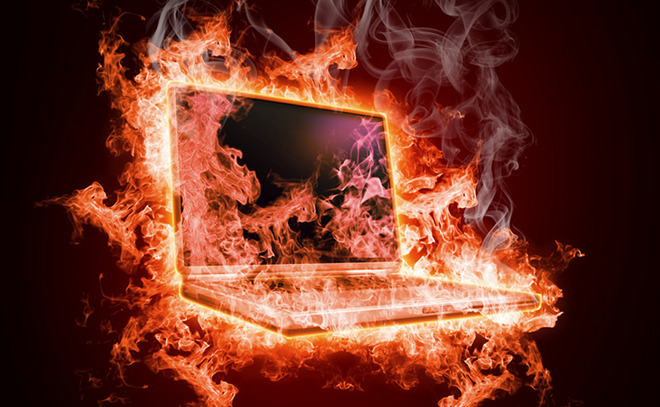 There are two things that I absolutely hate: a slow computer and a slow internet connection. A laptop that inexplicably restarts and shuts down on its own volition is an anathema. It is every geek’s nightmare. If your laptop recently started freezing and restarting on its own this might be because of the sweltering September heat blaze that has engulfed this country since the end of winter rather than the work of some malicious hacker or some hardware failure.

For the past five weeks I have been living in this hell where my laptop was constantly acting up. As any Windows hater is wont to do, I first suspected Windows and so I did a reinstall and re-configured Grub but nothing changed. I downloaded a rootkit detector, scanned the PC with Malwarebytes, switched between 32 bit and 64 bit OSes and even bought new RAM but the problem persisted. Then as I sat there wiping the sweat off my brow, I remembered how cool the server room was and then it hit me: it’s the heat! It turns out the processor was getting so hot you could actually cook with it.

Since the end of August temperatures have been consistently hitting the 30s in most parts of the country. Laptops are compact machines and they cannot cool themselves as fast as desktops and are therefore they more susceptible to heat problems. Each processor has a maximum temperature that it should operate under called a TJMax. For my Intel i3 processor this is between 65-85 degrees Celsius when under heavy load. Activities such as gaming and video rendering put a lot of stress on the processor which can quickly raise the temperature of the CPU. These must be avoided during the middle of the day when temperatures are at their highest. You are also best advised to find your processor’s TJMax temperature.

If you cannot avoid overheating problems or if your laptop keeps constantly overheating then it is time you considered using an external cooler.The cheapest laptop coolers I could find were at Faizan( these people are not my drinking buddies or anything I just like their shop) which is found on corner Robert Mugabe and Angwa. They had several brands starting from $2.50 up to $8. I settled for an Intex branded model that is selling for $5.50. Like all things is Harare and this country this is just a short code for $6.00 so you should either bring your own change or your will end up settling for a treat of Lollipops. The good news is that my problems have disappeared; for now at least.

I learnt an important lesson during the hell process: To begin with a laptop is not supposed to sit on your lap. For men this might actually cause fertility problems. Other lessons learnt:

It might be that all your woes have nothing to do with Hardware or Software bugs; it could be just be the September heat. So if your laptop/netbook has suddenly slowed down or is constantly turning itself off or restarts often all of a sudden it might be time you considered the heat lessons I learnt.

12 thoughts on “Beware: the heat bug”