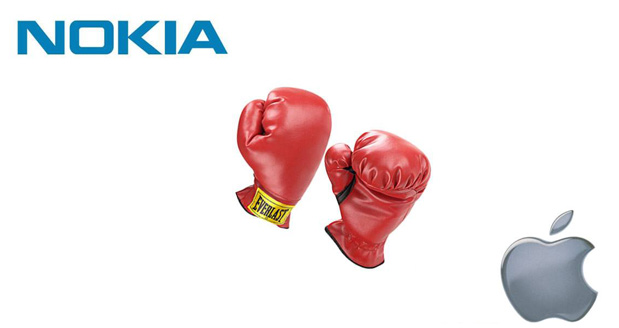 When it comes to the mobile devices market Android and its motorcycle gang of manufacturers, led by the Samsung mascot, really rule the roost. A while ago I wrote that one of the reasons for this trend was because Nokia and Apple were not making serious low priced entry level smartphones that could compete effectively with some of the Android offerings. It would seem since then Nokia, Apple and Microsoft have sounded the war drums and each has been devising various strategies to combat the Android nemesis.

Just this week Apple unveiled a cheaper version of its popular iPhone brand dubbed the iPhone 5C. The 16GB version of the model will be reportedly selling at an affordable price of $99 while the 32GB version will sell for $199. The price difference is quite surprising given the fact that the only difference between the two models is memory but Apple ought to be applauded for finally thinking of the low end market. The truth is there are a lot of people out there who want an iPhone but they cannot simply afford one. The phone will be available in five colours namely blue,green, pink, white and yellow. Overpriced cases, for $29, will be available continuing the trend of expensive accessories.

Before you reach for your debit card however, there is some bad news the least of which is that the phone is not yet available for sale but it’s coming soon. The really bad news is that there is no “super cheap non-contract version” for you to buy. Apple have again stubbornly stuck with their outdated selling model of using carrier contracts to distribute the phone which means that us Zimbabweans have to either wait for a while or make do with ridiculously overpriced unlocked versions that will trickle in during the meantime. Apple could really learn a lot from the way Samsung distributes its products.

On another front Nokia’s cheap priced Lumia phones have been slowly making it into Zimbabwean shops and from the shop owners ,I spoke to, they are now fairly popular especially with the fashion conscious youths. The models are reasonably priced too, one of the shops that I visited, Fanoos which is near corner First street and George Silundika, had some of the models selling for $190. Considering what some of the Android phones like the GTide are selling for this is quite competitive pricing. It might be time you retired your X2 and bought one of these low priced Nokia Lumias if you are quite the Nokia fanboy or if you are into the novel.

Elsewhere Microsoft finalized its Nokia deal so if you somehow missed the news you should know that Nokia is now part of the Microsoft group. My sympathies go to my fellow accountants at these companies, mergers are extremely complex phenomena. This is one of the latest manoeuvres on the mobile phone battles. It is not yet clear how this will turn out but it would be foolish to underestimate Microsoft; they once turned up a little late to the internet race but their Internet Explorer browser later snapped up market share after a lot of scheming so we might not be seeing their backs yet. The Nokia brand might end up being to them what Samsung is to Android-quite the mascot.

From being down under in terms of market share it seems Nokia, Apple and Microsoft are very much still in the game. How they adapt to the needs of different markets, especially with emerging markets like Zimbabwe, China etc, will be key. Apple still seems yet to grasp the fact that every market is different and if it is to fight off both Android and cheap iPhone knock-offs it has to make timely releases in each market. I do not have figures from Econet or any of the other carriers here but I would be inclined to believe that the contract method of selling phones is simply not popular here as is the case in a lot of other countries. According to Arstechnica; 70% of Western Europe, 70% of people in China, 95% in India and 99% people in Africa prefer and use prepaid phones. That is close to half the world market Apple should know better.

Few Zimbabweans will spend $100 per month on a contract and not many will buy a phone that is above $100. My 1208 phone cost me $25 which is $4 less what an iPhone case costs! Nokia and Apple are going in the right direction, Microsoft has hitched a ride with Nokia, but more needs to be done in terms of pricing and for Apple distribution. I really expected them to fold and turn the race into a one man race with only Android remaining but they have struck back well and are still very much in the race.