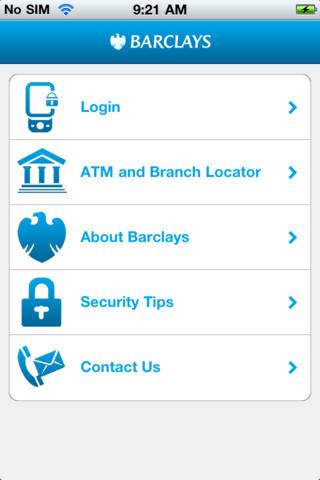 Those of us who use mobile banking have at one time or another experienced the pain using USSD especially when performing relatively complex transactions such as interbank transactions. One has to wade through multiple menus, selecting options and going back and forth between screens. Worse if the transaction fails at some stage it is often necessary to restart the process again.

Some people have, given the rise in use of smart phones and tablets, been calling for local banks to develop banking apps which are generally more user friendly. Recently Barclays advertised in the local press the fact that they have heeded that call by releasing their banking app. This was in fulfillment of the promise they had made early this year.

According to this press release the free app is available for both iOS and Android devices and can be used on Tablets and iPhones. It has the usual functionalities that we have come to expect of mobile banking such as Inter and Intra Bank transfers, airtime top up, pay bills and balance enquiries. In addition there are additional options such as an ATM/Bank locator, the ability to easily view statements (viewing bank statements on USSD can be quite a pain if there are a lot of transactions involved) and get in touch with Barclays through the app. I haven’t had occasion to test the app since I do not have a Barclays account so if you have an account please let us know what you think of the app.

The need to bring out an up was necessitated by “a transforming customer base that is moving from manual channels to e-channels space.” Perhaps for other banks the change in customer base has not been as pronounced for them to make haste and make mobile apps. In any case USSD transactions will not be going anywhere soon given their universal nature. Barclays has its own USSD offering which will be operating parallel to the app. This service is only available to Telecel and Econet subscribers’ however. This is one of the problems with USSD services where due to a host of problems such as Network operator’s reluctance grant USSD access can result in some other customers being unable to access the service.

Hopefully other banks will follow this lead and develop their own apps soon.

For Android devices the App can be installed here.