What ever happened to Mxit? 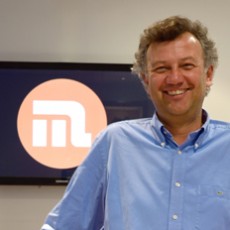 A week ago, Mxit announced that Michael Jordaan (not the basketball legend, but the former CEO of FNB), had been appointed as the new Chairman of Mxit. This is quite an interesting development considering that Jordaan is the man largely responsible for steering FNB into the most innovative bank in the world. It may thus appear that Jordaan (and all the others who continue investing heavily into Mxit) see some potential that most of us here in Zimbabwe just don’t. Or maybe I’m just uninformed as to how much Mxit is used in Zimbabwe.

Mxit was the largest social network in South Africa, until it was overtaken by Facebook some time ago. Somehow though, Mxit stubbornly refuses to sink into oblivion like most other social networks that disappear as quickly as they appear, and continues to come up with innovative offerings on their platform. For example, they have innovations like the Mxit Maths tutor and the programming app to teach programming concepts to learners without access to computers, and these (among many others) continue giving Mxit an edge of competitors.

In light of these developments and innovations, I have tried to briefly compile a couple of insights that I gleaned from Mxit’s experiences and its apparent resilience when many other social networks are failing:

I believe the Zimbabwean landscape is ripe for more engagement in the mobile space. Imagine the Ministry of Education or Zimsec engaging with learners and teachers on mobile platforms, or learners getting help with their homework on social media. Lessons from Mxit show us there’s more to social network than just chatting, and Zimbabwean developers should venture more into this space with more home-grown solutions.

In closing, I don’t know how many of you still use Mxit, but if you do, let us know in the comments. And if you don’t, also let us know why not and what alternatives you prefer.