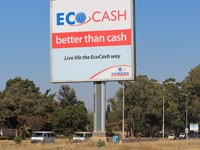 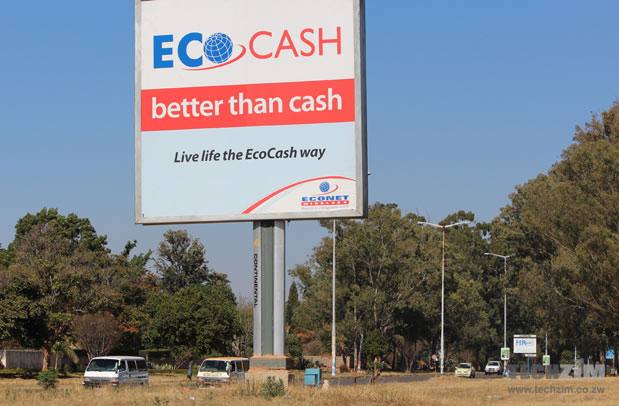 Whenever I’m in a foreign country in the region, I try to observe and ask questions about mobile stuff. Mobile money especially is a big interest and the one thing I have wanted to understand more is how mobile money hasn’t been as remarkably successful in these other countries in the region, as it has in Kenya, and now Zimbabwe. Of course I can only compare what I have seen (in Malawi, Zambia, and South Africa for example) to what I see here at home in Zimbabwe. M-PESA is its own story. What keeps coming to the fore in the observations and answers I get is that EcoCash is a company, the rest are value added services.

The one thing easily noticeable when you look at the way EcoCash has managed successes in mobile money is how Econet was deliberate and just me too. Econet, soon after the launch of EcoCash, separated it from the regular mobile telephony business. Not in a new business unit kind of separation, no; a whole new company named Econet Wireless Services was formed.

The new company was independent of the regular telephony business, which meant their strategy and execution were not limited to only what made sense for the regular Zimbabwean telephony business. They could decide & rapidly execute like a startup and in the process make mistakes but not let these slow them down. With the backing of the group they were essentially a very rich startup marching boldly to change how people and businesses transact. You can read more about the independence of Econet Services from the regular business in a report done by the GSMA here.

Top talent. Econet hired a CEO to oversee the new company. The new CEO, Darlington Mandivenga, was pulled from his CEO role at Econet Burundi. He’s a character whom, from the few times we have met and discussed, we can summarise as the “execute ruthlessly, make and fix mistakes quickly, learn and march on” kind. Mandivenga’s arrival unleashed so much activity even as journos it was hard to keep up. Many journos came to expect a “humble but unapologetic” remark from the guy at least a number of times at each press briefing.

Mandivenga was not the only top talent hired for the project. There was former M-PESA executive, Japhet Aritho; former BankservAfrica executive Cuthbert Tembedza, and former Reserve Bank of Zimbabwe executive Francis Matseketsa.

Buying a bank. Talent is only part of the story. Econet bought a whole bank to ensure they were covered legally as pressure from the traditional financial mounted on the central bank. The banks wanted EcoCash regulated tighter and, after buying a bank, EcoCash was now just like them; the only difference being it had unfettered access to the country’s single largest (70%) collection of mobile subscribers.

The investment. Of the 3 mobile money services that are run by mobile money operators in Zimbabwe, EcoCash was the last to launch. But just after launch, the country was painted EcoCash. No, not just in the newspapers and the billboards. More importantly Econet was painted all over public transport vehicles, called Kombis in Zimbabwe.

The product was visible to every middle to lower bracket consumer in the country it was hard for them to not be aware of this new option which was (save the ridiculous cost of doing so) a much more convenient alternative to transferring money to relatives around the country.  IT wasn’t just the kombis; it was the brand ambassadors you’d meet every day in the high density suburbs and industrial areas registering people one by one, the registration bonuses. The report by the GSMA says Econet poured in a total $6.3 million for EcoCash customer acquisition alone.

Solving a problem. Remember that in Zimbabwe these are the same consumers banks had jerked around for years. Some banks, to this day, still don’t pay depositors their money on demand. Yes, you Trust Bank. And they get away with this robbery in full view, and therefore endorsement, of the Reserve Bank of Zimbabwe. All this makes for a system the public just didn’t trust anymore for payments and along came EcoCash.

It wasn’t just a trust issue, the bigger one is that financial exclusion in African countries is a big problem. There are millions that simply can’t access financial services for a number of reasons ranging from them just not transacting amounts large enough to be worth the bank branch overheads, there being no banks in remote rural or high density residential areas in the city, having an account being seen as an unnecessary expense due to the high service fees charged (People have complained of losing money to bank charges, even when they don’t transact resulting in accounts going into the negative over time). The problem is financial exclusion is not a Zimbabwe thing; it’s continent wide. How are mobile operators in all these countries failing to solve it? I think the following point can help us understand it.

Not going into bed with the banks. You can sense with the other regional mobile operators, the same stance Telecel Zimbabwe had (and later regretted): “let’s focus on the mobile telephony business and let the traditional bankers do mobile money for us”. It’s as if mobile money is a bother and not an opportunity to meet a much yearned for need. The problem with this is that as a business the mobile operator then expects the bankers to quickly remodel their businesses to maximize on the new possibilities brought by mobile technologies.

The reality is that businesses take time to change, worse so if the need to change is something only high up the priority list of external partners. Why would banks suddenly see a need to fast-track an adoption of these new ways when their for profitability – high net worth individuals, investors, government, business and their employees – are still relatively there and, thanks to dollarization, returning solidly.

The result is the incremental mobile banking innovations, instead of the outright mobile money future that EcoCash is. It’s the same banking ‘innovations’ that the banks had been doing all along anyway without much result well before the DFID even considered handing Vodafone a bag of cash to trial M-PESA.

It’s not the fault of the banks – Never did say that but just to be clear. To add to their internal innovation challenges, banks are so heavily watched and regulated that it’s almost impossible for them to make grey area bold moves of the EcoCash kind. When banks are not sure how the regulators will treat an issue they prefer writing the regulator and lobbying them then waiting for regulation to catch up to technology before they move in. Such catch-up can of-course take months, years even.

There are exceptions though; like CABS in Zimbabwe who, despite sharing the same environment with fellow banks, still aggressively compete for the new mobile pie, blurring the lines between mobile money and mobile banking. But to discuss the CABS case and the new platforms that have enabled them to do achieve their successes would be to digress, this article was meant to discuss just the mobile operators.

Of course to say EcoCash did some things right doesn’t discount the other environmental that the happened; like a very literate population ready to take up any new value provided via mobile phones.

19 thoughts on “Why, outside Zimbabwe (& Kenya), mobile money in Africa hasn’t succeeded”