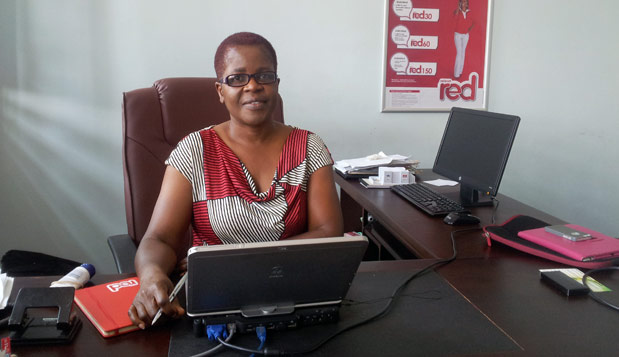 Multichoice was the first runner-up for the award, while NetOne was second runner-up.

The previous day Telecel Zimbabwe had scooped two awards at the Marketers Association of Zimbabwe Exceptional Marketing Awards,  where the company won the Exceptional Product of the Year Award for its Telecel Red product, while its marketing director, Octivious Kahiya, was named Marketer of the Year.

The Marketers Association of Zimbabwe awards are held every year to celebrate marketing excellence. They are meant to recognise marketing programmes and the people behind them that display innovation and creativity and are key for change.

The Exceptional Product of the Year Award is given to a company whose product or service is a totally new idea in Zimbabwe. The new product is supposed to have market dominance over other new products launched during the same period and demonstrate overall marketing excellence and innovation.

Telecel Red was introduced early this year. It is the first product of its kind in Zimbabwe. It is a new pricing concept that commits the customer to payment of a fixed monthly subscription that enables him/her to make local calls, access local data and send local text messages worth up to five times the cost of the subscription.

The product comes with three plans that subscribers can choose from which are Telecel Red 30, Telecel Red 60 and Telecel Red 150.

Each of the three plans come with two contract options. There is a post-paid option which allows for usage outside of the package provisions, such as for international usage and where the plan’s local usage limit has been reached, on credit up to a set limit with the additional cost billed at the end of the billing period.

The flexible option combines the advantages of a contract with those of recharging airtime using scratch cards. It allows customers to use a scratch recharge card for usage outside of the package, such as international usage and usage once the cost of local calls, text messages and data has reached the monthly limit.

Mr Kahiya said Telecel’s winning of the Exceptional Product of the Year Award demonstrated  the company’s efforts to bring value to the market and to its subscribers.

Commenting on her own award as first runner-up for the Most Customer Focused Executive of the Year in the Private Sector Award, Mrs Chinyenze said she had a passion for customer service excellence.

“I have a passion for service excellence and have tried to mobilise the company and emphasise the importance of customer service. I believe it should be the strategic focus of Telecel,” Mrs Chinyenze said.

She said, given the high priority Telecel gives customer service, it had come as no surprise to hear that  she and the company had been nominated for customer service awards.

“I believe we have done well as an organisation. Personally I have invested considerable time and commitment to ensure that Telecel is known for the best customer experience,” she said.

The Telecel Call Centre is easily accessible to customers and is staffed by customer service agents who have been trained to deal with customer calls and respond effectively to customers’ queries.

The CCAZ Best Call Centre award is awarded to the company that would have made the best use of technologies as a core strategy of their commitment to elevate the overall system efficiency, resources management and customer service quality. In addition connectivity and harmonisation of these technologies is also taken into consideration.